Motherwell concede three second half goals and lose to Hibs

Motherwell lost 3-0 to Hibs at Fir Park, all goals in the second half.

Optimists will point to a goal unfairly chalked off and to a header hitting a post but Motherwell looked weak in attack and, again, shaky in defence.  The irony of falling to a 3-0 defeat in a week when a couple of 3-0 windfalls arrived is clear. 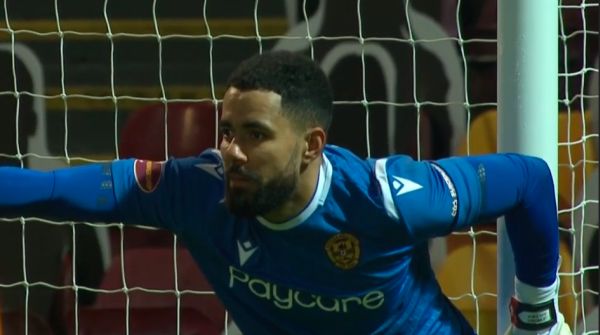 A much changed Motherwell eleven kicked off in the December gloom.  Jordan Archer was handed a first start in goal and he was joined with Alan Campbell, Nathan McGinley and Chris Long.

The teams nullified each other in the first quarter but Motherwell gained the upper hand in the second.  Forwards were given few opportunities as the ball rarely broached the penalty areas.

Tony Watt had the best of the few chances.  Stephen O'Donnell was the provider of two tempting crosses but the striker, under pressure, was unable to convert.  By 30 minutes Motherwell had moved the balance of play into the South Stand end and pressure mounted on the visiting defence as a series of corners and free-kick afforded opportunities.  Alan Campbell then tested Marciano with a vicious 25 yard effort.

The ball was forced into the Hibs goal five minutes before the break but referee Dallas cut short the celebration.  Liam Polworth had picked out Mark O'Hara with his free kick and the ball was headed across the six yard line to be bundled into the goal.  Motherwell were to pay for the inability to score when play might have earned the bonus.

Hibs started the second half in better form and soon got their reward.  It came a minute after a brilliant instinctive save from Archer as he kept Boyle's close range chance at bay. The forward gave the 'keeper no chance when he fired into the side net from the angle of the box.

Bevis Mugabi was unlucky to see his header come off the post following Polworth's corner.   Stephen Robinson followed up with the substitution of Chris Long for Sherwin Seedorf and later Jake Hastie replaced Polworth.

The changes made little difference to the flow of the game as Hibs looked the more likely to score the second goal.  It was to arrive in the 88th minute when Doidge placed a low drive to Archer's left.

The feckless second half was extended long enough to let shaky defence offer a closing gift to McGinn to wrap up the scoring at 3-0.

A win against St Mirren next week is badly needed as this team needs a boost to its confidence.