Motherwell find a way to lose to Hamilton

Motherwell contrived to lose to Hamilton in a game they dominated for long spells.  A late header by Hakeem Odoffin settled the game.

It has been the pattern of the early stages of the season that Motherwell have enjoyed lots of possession in opposition territory but have failed to capitalise.  They paid a heavy price at Fir Park in the Lanarkshire derby. 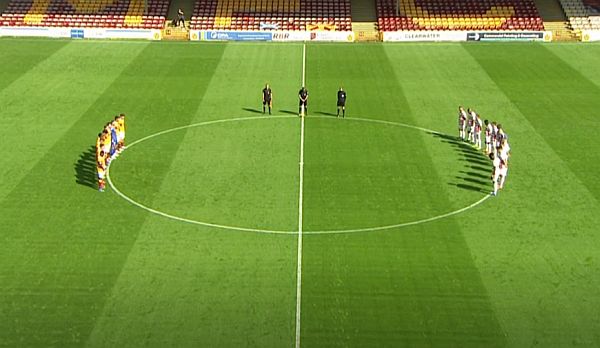 Motherwell were unchanged as they kicked off in the summer sunshine and, as usual, attacked the South Stand goal.  However, much of the early play was at the other end and Hamilton had three corners inside the first ten minutes.

Thereafter Motherwell had the best of the ball and a few half chances came their way.  Allan Campbell and David Turnbull were busy either breaking up play or setting up advanced moves.  Turnbull forced Ryan Fulton into a couple of saves, once with a long range shot to the left of the goal before a glancing header sent the 'keeper flying to his right.

Turnbull had another blast five minutes into the second half, this time Fulton tipped over the bar for another corner.  Jermaine Hylton replaced Callum Lang as we changed shape but the flow of the game was all toward the Cooper end.  Chris Long replaced Jordan White.

All the play was in the Hamilton half but we were unable to fashion any clear cut chance.

The warning signs started to appear as the game entered the last quarter.  Stephen O’Donnell fluffed a clearance on his six yard line quick feet from Trevor Carson blocked Ross Callachan’s attempt.  We had another escape when a couple of crosses flashed across our goal but there was no killing touch.

Stephen Robinson committed another three attackers off the bench for the final ten minutes as he gambled for the win but his hopes were dashed in 85 minutes.  Hakeem Odoffin got his head to a corner to give the Accies the lead.  To say the goal was against the run of play understates the turn of events but the visitors stuck to their task and took the chance.

It was a bitter blow for Motherwell and it underscores the need to convert possession into goals.  Hamilton are now above us in the table.