Motherwell find a way to lose to St Mirren

Motherwell missed the chance to move away from the relegation battle by suffering a smash and grab defeat 1-0 at home to St Mirren on Saturday.

Simeon Jackson grabbed the only goal of the game midway through the second half just minutes after manager Stephen Robinson had made an attacking substitution to play without a holding midfielder. 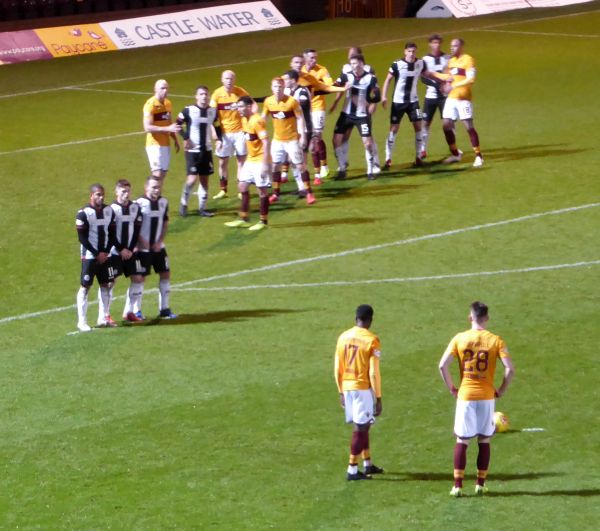 St Mirren’s victory moves them three points clear of bottom club Dundee and to within two of Hamilton in safety. We are four clear of Accies and will have plenty to regret going into the Christmas period.

Despite dominating for long spells we struggled to create chances though still did enough to feel hard done by in defeat.

A St Mirren counter saw Cammy Smith easily brush off Gael Bigirimana and though Mark Gillespie saved his shot, Jackson could not miss the rebound.

Curtis Main should have equalised but saw his header from a corner saved by Dean Lyness and the keeper also made a fantastic block deep into injury time to deny David Turnbull from close range.

But even chasing the game we lacked urgency which had also plagued us in the first half we dominated.

St Mirren offered virtually nothing in the first period but we laboured against their organised defence. Main and Tom Aldred both duffed headers from good positions but clear opportunities were rare.

The guests were bolder after the break, with two early changes, and Robinson made the decision to switch it up as well.

Sadly there was little improvement and – in a near identical situation to our home defeat to Hamilton  - our attacking substitution instead made us weaker.

We eventually threw on Connor Sammon and Ryan Bowman but they offered little more than Main and the hugely ineffective Danny Johnson.

A massive improvement will be needed against Kilmarnock and at New Douglas Park if we are to gain more points to end the year.