Motherwell hold out for a well earned point at Ibrox

Motherwell took a point at Ibrox when Kaiyne Woolery's second half equaliser silenced the one-sided crowd.

Patience and solid defence was the key that delivered a fourth unbeaten game for the Fir Park side.  Liam Kelly was magnificent and when the chance came Woolery was on hand to give the excluded 'Well fans an afternoon of cheer. 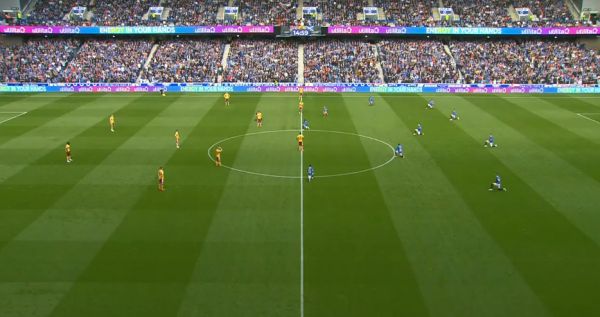 There was one change to Graham Alexander's starting eleven as Solholm Johansen was replaced by Stephen O'Donnell.

After an early scare when Wright misjudged a lob over Kelly, Motherwell had a glorious opportunity in the tenth minute when Tony Watt raced through ahead of the Rangers back line.  He tried to move around McGregor but failed to get his attempt away before Goldson arrived to snuff out the chance.  The price for the loss came immediately.

Rangers, relieved not be behind, raced up field to win a corner thanks to a parry from Liam Kelly.  Fashion Sakala  headed the hosts into the lead after an onward flick but replays were to reveal that he was offside.

Liam Kelly was kept busy for the next half hour while his opposite number was largely uninvolved.  Motherwell were pushed back into deep defence for long spells but the attacks were restricted in the main to long range shots.

The second half started with an unchanged pattern.  Kelly was called upon time and time again and his resistance kept Motherwell in the game until the equaliser arrived in 67 minutes.

Mark O'Hara's drive into the Rangers' penalty area ended with a blocked shot but the ball squirmed to his right to find Kaiyne Woolery.  He was under pressure but the number seven got a foot to the ball and it flew into the roof of the net.

The inevitable onslaught from Rangers was rebuffed.  A series of substitutions provided fresh legs and Motherwell slowed the game at every opportunity.  Six minutes of added time passed before the Motherwell players were able to celebrate a rare positive result in Govan.