Motherwell slumped to a 1-0 home loss against Sligo Rovers in the first leg of the Europa Conference League.  A huge improvement will be needed next week.

The game started in a carnival atmosphere.  A huge home support enthusiastically greeted the team on to the pitch with the Hunter stand packed and resplendent in claret and amber.  By the end of the match it was the 500 travelling fans who were able to celebrate a fine victory while boos echoed from the home stands. 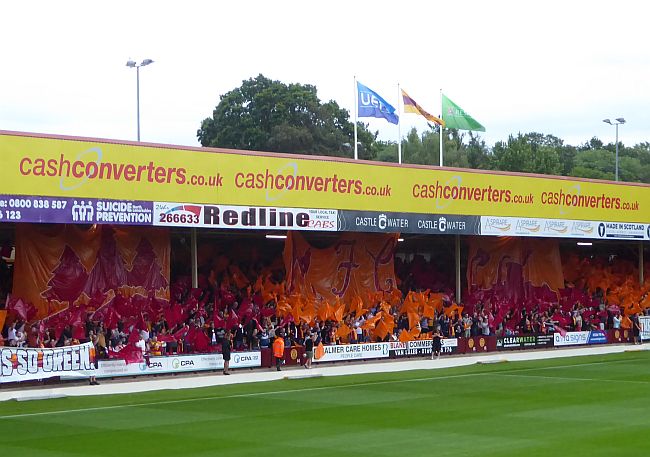 The visitors made it clear from the off that they had no intention of sitting deep and defending.  They pushed forward and looked the sharper team.  Liam Kelly had to pull off a quick reaction stop before ten minutes had elapsed.

Motherwell began to hold on to the ball and even tussle followed without any threat to either goal.  Just before the half hour the Motherwell defence fouled up.  Bevis Mugabi elected to head behind to his ‘keeper from outside the penalty area.  The looping ball fell well short and the alert Aidan Keena nipped in to lob the ball over Kelly and into the net.

Athough Mugabi’s mistake was instrumental in the defeat he was not alone in producing an error strewn performance. 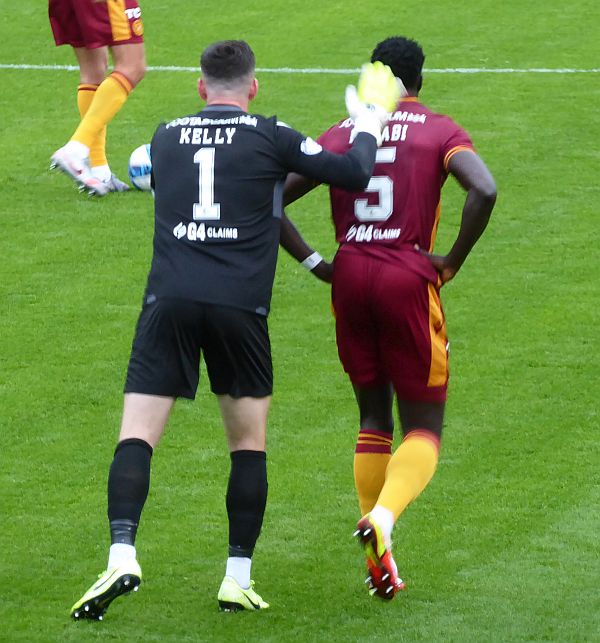 Motherwell seemed to dominate possession for the rest of the game but there were unable to create much of an attacking threat.  Passes along the back line, tentative forward movement and occasional long diagonals followed but McNicholas had liitle to do in the Sligo goal.

Barry Maguire tested his luck with a couple of long range efforts and Shields had a pop.  Kevin Van Veen almost snatched the ball when the visiting defence afforded him a chance but his match sharpness has yet to materialise.

Callum Slattery forced McNicholas into a save with a free kick before Graham Alexander turned to the bench.  Ross Tierney, then Joe Efford were added but they added little variety to the wooded forward play.

The crowd roared Motherwell forward in the added five minutes but there were plenty of groans as crosses were misplaced and possession carelessly lost.

Motherwell are still in the tie but they need to score at least two at the Showgrounds next week.  After tonight’s performance they must be second favourites.