Motherwell regain form but no goals at Easter Road

There were no goals when Motherwell and Hibs met at Easter Road but there was great encouragement for the visitors as some form returned.

Motherwell enjoyed plenty of the ball and used it well.  Only the final killing touch was missing as Stephen Robinson got the reaction his midweek rant demanded. 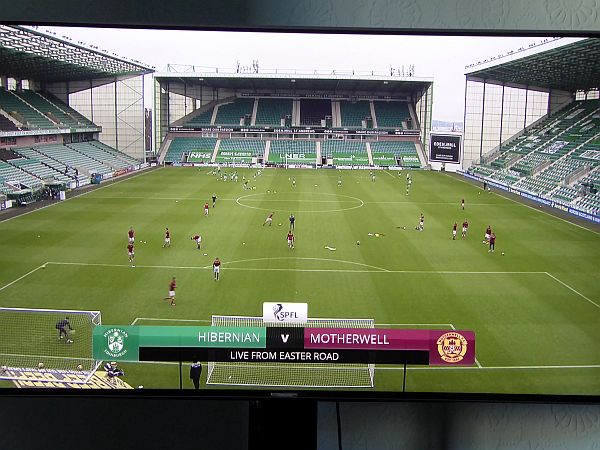 There were two changes to Motherwell's starting line up.  Stephen O'Donnell, newly signed, took up the left back berth as Liam Grimshaw was benched.  Callum Lang replaced Chris Long up front.

There were two fine chances to break the deadlock in the first half.  Lang collected a fine long diagonal from Declan Gallagher and from the angle of the box he produced a low curler that forced Marciano to produce a fine save.

At the other end Martin Boyle was through on goal with only Trevor Carson to beat.  Our ‘keeper stuck out a foot to save the day.  Moments before Boyle’s chance, Jordan White’s 18 yard volley into the net was chalked off as Sherwin Seedorf had obstructed the goalie’s view.

Stephen O’Donnell fitted into the team seamlessly and at times strode forward.  In the 20th minute he popped up in the box, turned and fired but a block sent the ball for a corner.

The manager will not complain of the showing that ended Hibs winning run.  We looked up for the fight.  For the most part we were composed and happy to play a mix of passing and pushing up to the strikers.  There were careless instances when possession was lost but with David Turnbull directing play we looked like a football team again.

A win at Fir Park against Accies next week will see us back on track.