Motherwell survive the storm to take the spoils in Livingston

With the wind behind the blue away strips at kick-off we took advantage.  Callum Lang and Tony Watt converted their chances before Livinsgton dominated the second half.  They were unable to fashion any real threat on Aaron Chapman’s goal and the points return to Lanarkshire. 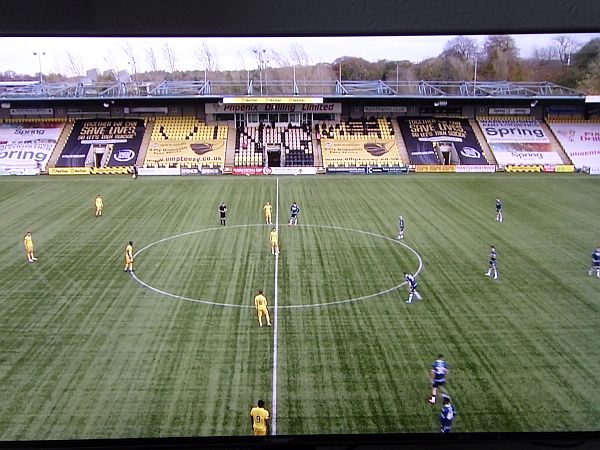 There were two changes to the Motherwell eleven that took the points against Ross County last week.  Aaron Chapman replaced Trevor Carson in goals and Callum Lang started in place of Christopher Long.

The game was as much influenced by the strong blustery wind as by the players' attempts to play football.  An illustration was a throw from Chapman that flew from the edge of his box clearing all until it landed deep in opposition territory.

Motherwell made the better goal chances in the first half and deserved the two goal advantage by the break.

Callum Lang collected Devante Cole's pass through the Livingston defence and faced Max Stryjek.  From the corner of the six yard box he fired through the 'keeper's legs and into the net.

We continued to press and got the reward in the added minute.  Liam Polworth was fouled just outside the penalty area and John Beaton awarded the free kick.  Mark O'Hara's effort passed through the defensive wall and Stryjek was unable to hold.  Watt pounced and finished from close range.

Jordan White replaced Cole as the second half got underway and Motherwell faced the elements.  Chapman was rarely troubled and looked comfortable as his defenders snuffed out the half-hearted Livingston attack.

Long and Lang swapped places inside the final ten minutes but by then any chance of a comeback was unlikely.

Motherwell move up the table and can now prepare for the visit of Celtic to Fir Park on Sunday.