Motherwell win 1-0 at the Firhill friendly

Motherwell won the practice match against Partick Thistle with a second half strike from Joe Efford enough to separate the teams.

Fans expect little from pre-season friendlies and they were not disappointed.  We had a look at new signings on a pleasant summer afternoon and got to cheer a ‘Well goal into the bargain.  It is fair to assume that next week’s game with Sligo Rovers will offer a stiffer test. 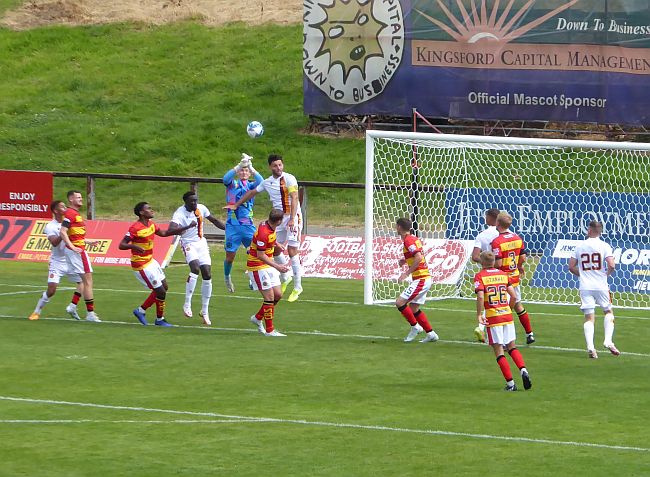 With Liam Kelly in goal we played out the fairly even first half with Jake Carroll, Ricki Lamie, Bevis Mugabi and Max Johnston at the back. Johnston played all but the final fifteen minutes and looked the part.  He was always a willing runner though hardly pressed in defence.

Blair Spittall, Barry Maguire and Callum Slattery formed the engine room.  Spittall had a couple of attempts at goal and seemed to be the nominated taker of free kicks.

Joe Efford, Connor Shields and Josh Morris led the line but they were for the most part well contained.  Efford took his goal well from around ten yards after careless defending allowed him the freedom of the box.

Kelly was one of five players removed in the second period as the manager rotated his squad.  Of particular interest was the goalkeeping trialist Aston Oxborough.  He definitely commands his area looking down from 6’5” and the 24 year old also showed that he could get down to smother when required.

A few visiting eyebrows were raised when the club let it be known that Kevin Van Veen, Paul McGinn and Juhani Ojala were excused duty having suffered “knocks”.  Their appearance on Thursday will offer some reassurance.