In the end Motherwell strolled to a 3-0 win over a poor St Johnstone side at sunny Fir Park.  The visitors missed an early penalty and paid the price when a late surge saw Elliott Frear, David Turnbull and Richard Tait score the goals.

It was a result that none of the 4,000 fans anticipated for most of the game.  With almost 70 minutes on the clock a 0-0 looked favourite but Stephen Robinson’s introduction of Frear and Chris Cadden (last seen in November) changed the game. 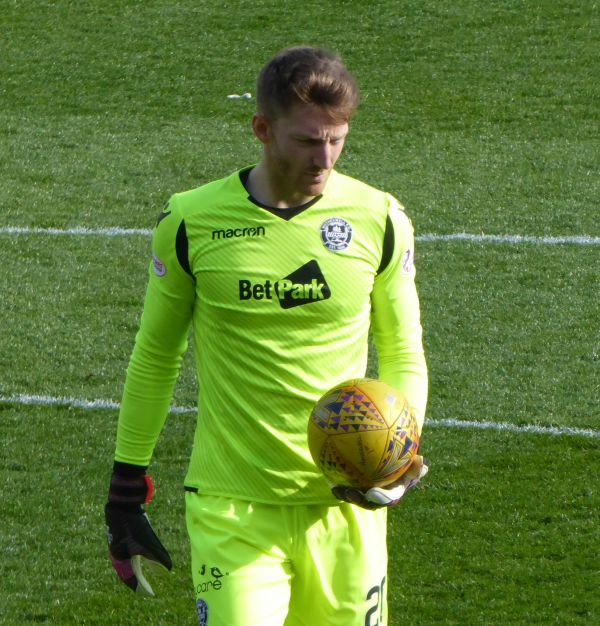 We started with the familiar eleven but there was no sign of our much praised passing game in the first half.  Both teams relied more on the direct approach but no team could gain the advantage.

Mark Gillespie played a pivotal role in our success. We conceded a penalty in 12 minutes and our ‘keeper saved Liam Craig’s spot kick.  The game could have taken a different path had we fallen behind.

With no sign of a breakthrough we made the telling double substitution on the hour.  Within minutes Cadden produced a couple of his trademark speedy charges and there was a sense that the game was turning in our favour.

It was fitting that the first decent move of the game produced the opener.  Charles Dune got the ball to Curtis Main and he supplied Frear.  The goal came from a well placed shot to Clark’s right.

Richard Tait tried his luck and hit the post but he got on the score sheet in added time with a low shot from the left.

The second goal came when Turnbull collected from Campbell on the 18 yard line.  His took a side step and drill low into the net.

St Johnstone collapsed in the last twenty minutes as we bossed the game.

The outside chance of sneaking in to the top six remains alive – just.