Motherwell's new era begins with a draw in Paisley

Motherwell and St Mirren shared the spoils after a 1-1 draw in Graham Alexander’s opening game in charge.

After a first half goal Motherwell were unable to find a decisive second strike and as the game progressed St Mirren gained the upper hand.  A softish penalty gave the home side the chance for an equaliser with ten minutes remaining and the conversion delivered a result that was fair to both teams. 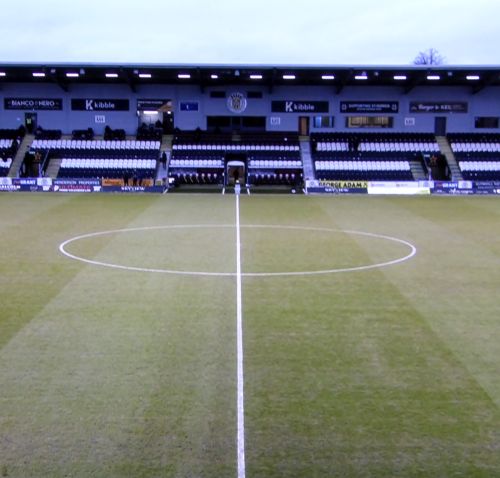 Motherwell started well and the new manager would have been impressed with the intent shown by his players.  A handful of corners came the way of the visitors while the home team found a few off-target shots to keep their threat alive.

Liam Polworth placed the ball on Tony Watt's head midway through the half but the ball was directed at Alnwick and not the gaping empty half of the goal.  Devante Cole followed that up with an 18 yard shot before he opened the scoring.

Polworth’s corner was half cleared but Watt was able to head the ball back into the mix.  It fell for Cole and from six yards he prodded home.

It was a deserved lead and the break arrived with no more goal action.

The balance changed with the arrival of the second period.  St Mirren were more adventurous and Motherwell were forced to defend.  Gone was the confidence that had us as an attacking force earlier.

Eamonn Brophy was added to the home attack as Jim Goodwin gave his new signing a debut.  Mark O’Hara had been booked and in the wars but the first ‘Well substitution withdrew Jake Hastie for Jordan White.

In the 80th minute Declan Gallagher fell foul of a decision by the referee.  He judged that Lee Erwin had been impeded and awarded a penalty.  Jamie McGrath scored.

The final ten minutes was notable for a couple of wonderful free kicks.  Both ‘keepers produced fine saves to deny İlkay Durmuş and Mark O’Hara from scoring glory goals.

Motherwell’s run without a win is now eleven but the new manager will have seen enough to give him hope.