No slip up as Motherwell score five against Formartine United

Motherwell cruised to a comfortable 5-0 win over Formartine United to reach the fourth round of the Scottish Cup.

A couple of first half goals eased any concerns and ended the early stubborn resistance offered by the Highland League team. One way traffic continued after the break and the stream of goals delivered a comfortable day in Aberdeenshire.

The hosts kicked off against a much changed Motherwell side at North Lodge Park under a sunny blue sky.  The visitors, in the tasty blue away strip, made four changes from the last outing.  One surprising omission was Tony Watt who revealed from the co-commentator seat that he was injured. 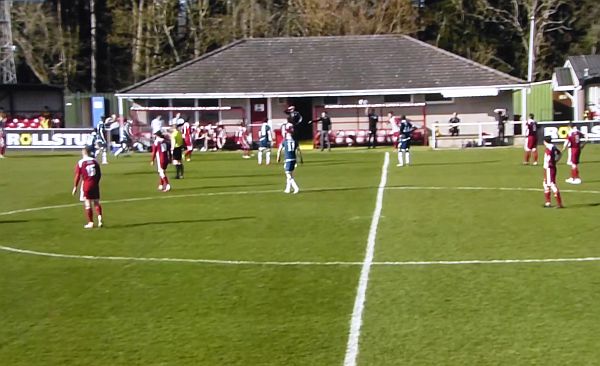 As expected the majority of the action took place in front of the home goal and it took half an hour before the defence cracked.  A long ball from Declan Gallagher caused some confusion between the 'keeper and his central defenders and Chris Long took advantage.  The striker, making his first start in six games, pounced and drove the ball into the net.

Alan Campbell came close with a flick following a cross from Steven Lawless but the second was not long delayed.

Jordan Roberts scored when he got on the end of a knock down from Devante Cole and thrashed the ball home.  The two goal lead a meant a relaxed team talk at the break.

Roberts added a third early in the second period when he swept Cole's shot across goal in from the far post.  Cole added number four with a header after 63 minutes.

Jake Hastie and Sam Foley took to the field when Roberts and Crawford were withdrawn.

Alan Campbell added his name to the scorers with 15 minutes remaining.  The midfielder drove through a ruck of defenders to place his shot in the corner of the net.