No winner in Paisley

Motherwell and St Mirren will need a replay to separate them after a 1-1 draw in stormy Paisley.  Mark O’Hara’s first half strike was cancelled by Alex Jakubiak in the second.

The teams cancelled each other out.  There were plenty of chances and both sides will rue their misses.  Will home advantage see us into the quarter final on Tuesday 18 February? 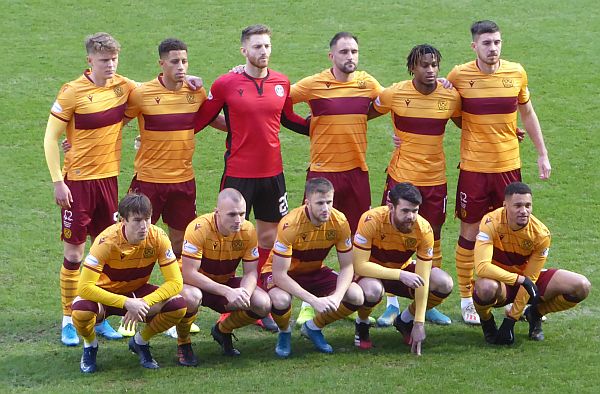 Mark O’Hara joined the starting eleven as Allan Campbell moved to the bench.  The away stand was packed well before kick-off and Peter Hartley chose to face them to take advantage of the strong wind.

We survived an early scare when careless defending on the left touchline led to lost possession and afforded Durmas a shot from ten yards that hit the post.  The ‘Well crowd produced the first roar of the match when Rolando Aarons cut in from his beat on the right wing to shoot left footed forcing Hladky into his first save.

Referee Dallas caused a rumpus when he failed to award a foul when Aarons was clipped at the edge of the box.  All that was forgotten two minutes later when we opened the scoring.  Chris Long latched on to a ball through the centre and hit the ‘keeper with his shot.  O’Hara steadied himself as the rebound came his way and blasted home from sixteen yards.

Mark Gillespie pulled off a fantastic one handed stop ten minutes before the break when Jakubiak must have thought he had equalised.  Chris Long tested Hladky again before we reached the interval with a one goal lead in a tightly contested game.

The turn meant Motherwell had to play into the teeth of the tempest.  Play flowed from end to end with half chances to both sides.  With twenty minutes remaining Allan Campbell replaced Aarons but before we could adjust Saints equalised.  Jakubiak drilled a low effort through a couple of sets of legs and the ball beat Gillespie.

Tony Watt was thrown on as O’Hara was withdrawn but the home side had their tails up.  Four frantic additional minutes were swallowed up in the rain and the game ended level.