Motherwell ended a horrible run of league games with a 2-0 win over Ross County.  The visitors remain at the bottom of the table and were the masters of their fate.  Souttar’s own goal and a first strike from Curtis Main took the points.

It was a poor spectacle with nothing on show to impress the purist.  As Stephen Robinson said after the match, “the result was more important than the performance”.  He admitted that we were not at our best but we were organised and disciplined. 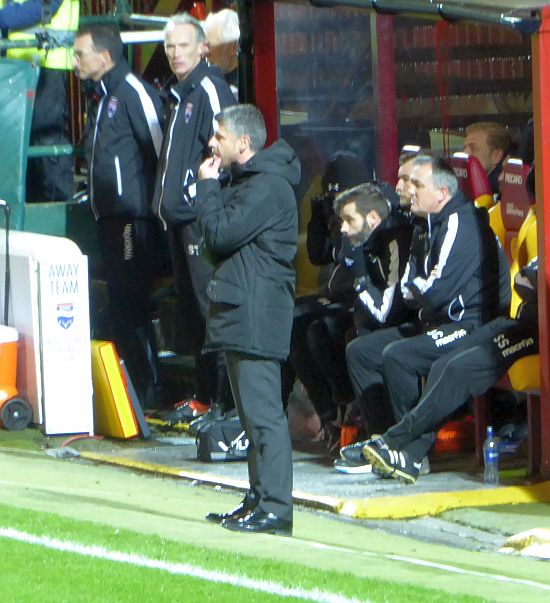 What am I watching?

Cadden returned to action with Tait’s suspension making room.  Stevie Hammell came on as a late substitute as he said farewell to action at Fir Park.  The record will show that his last two appearances on home turf earned win bonuses.

County suffered a blow early on when ther captain, Davies, limped off after 6 minutes.  The tall figure of Souttar came off the bench to take his place in the back line.  As the first half drew to a close he made the telling contribution to the game.  Rose delivered a tempting cross and the number 5 produced a powerful header into his own net.

The pity was that neither side had looked like scoring.  The players could not be faulted for effort but there was no football on show.  Conditions were not easy but the ball spent more time in the air than on the ground.

There was one flash of competence at the start of the second half.  Ciftci somehow managed to nick the ball from Fraser and then sent in a fine low cross.  Main won the race and his touch was perfect.  Our new striking partnership delivered its first goal and the game was won.

Our defence had to withstand some pressure and Carson was called play but we held firm to register a clean sheet.