This was another poor show from Motherwell, the 1-0 loss to St Mirrren takes the losing run to four.

At no time did Motherwell look like winning the this game.  St Mirren scored early on and gave Motherwell a lesson in preserving a lead.  Stephen Robinson has often talked about the need to manage the game, he might learn something from the Paisley team. 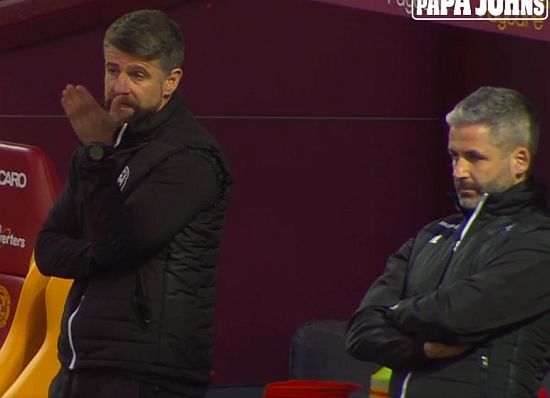 Another bad day at the office

Motherwell lined up with two changes; Liam Grimshaw and Barry Maguire returned as Nathan McGinley and Liam Polworth were benched.

The visitors kicked off but there was an encouraging opening for Motherwell when Chris Long delivered a tempting cross that was met by Callum Lang at pace at the far post.  That hope was soon crushed.

The opener came after 13 minutes when Jon Obika ran from a central position to collect the ball.  His shot at the angle of the six yard box was blocked by Archer but the deflection placed it perfectly for Jamie McGrath.  He made no mistake from 18 yards with the goal unguarded.

What followed was an unconvincing attempt to get back on level terms.  Too often passes were either square, backward or off target.  Devotion to slow, steady build up play left no place for urgency.

The manager waited ten minutes into the second half before making a much needed alteration in personnel.  Lang and Long were replaced with Devante Cole and Jake Hastie. Ten minutes later Mugabi was pulled as Polworth came off the bench.

The change almost delivered an immediate benefit but Polworth's header looped over the top.  O'Hara was replaced after treatment by Lamie.

There was an occasional flash of pace from Hastie but no clear cut chances emerged.

Motherwell travel to Ibrox next week hoping to avoid a fifth consecutive loss.  Don’t bet against it.