Motherwell took a huge step to safety with a 1-0 win over St Mirren at Fir Park.

The visitors will feel they deserved something for their efforts but Motherwell will spare them no pity as they fought hard for the vital win.  Devante Cole got the all important goal thanks to an assist from Chris Long after an hour.  Strong defence and an excellent display from man of the match Liam Kelly brought the three points home.

The only 'Well change from the eleven that started in the cup last week was the return on Rikki Lamie to central defence as a replacement for Tyler Magloire. 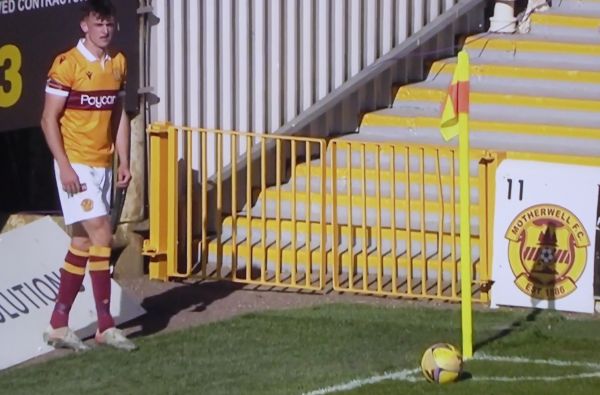 Both teams had early chances.  Nathan McGinley delivered a pinpoint cross for Devante Cole but the header missed the big target.  At the other end Jamie McGrath found himself with only Liam Kelly blocking his path but the 'keeper stretched out an arm to prevent the goal.

The visitors took charge and kept the Motherwell defence busy.  Long clearances to the South Stand end tended to be over hit and caused no trouble for the Saints.  A second opportunity arose when Allan Campbell freed Chris Long but from the edge of the box an easy save ended the threat.

Kelly then produced a series of fine stops to keep us in the game.  Those included a penalty stop following an indiscretion from Stephen O'Donnell.  McGrath's poor effort from the spot was easily saved.

Barry Maguire replaced Steven Lawless as the game restarted and within ten minutes another change was forced when Jordan Roberts left the field on a stretcher with a heavy support on his left leg.  Mark O'Hara joined the fray.

Motherwell took the lead after 62 minutes.  Long chased what looked like a lost cause into the corner and retrieved the ball.  He made progress and fired low and hard across goal to find Cole on hand to squeeze the ball beyond Alnwick.

The precious lead had to be protected and soon Bevis Mugabi replaced Long and the team shaped up in defensive mode.

The injury to Roberts led to a nailbiting seven addition minutes but despite repeated attacks St Mirren could not earn an equaliser.  For Motherwell, safety is almost secured.