'Well give Hearts a beating

Motherwell overwhelmed Hearts at Fir Park to enjoy a 2-0 win thanks to goals in either half from Connor Shields and Ricki Lamie.

Graham Alexander sent his team out with a determination to smother the opposition and the energetic high pressing game prevented the visitors from crossing the halfway line for most of the first hour.  Liam Kelly was rarely troubled. 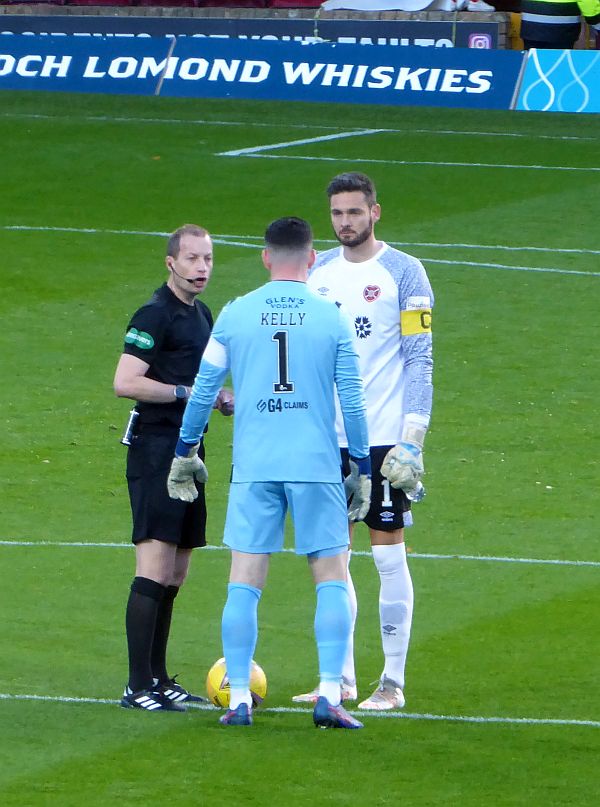 There were four changes to the home side as Callum Slattery, Ricki Lamie, Connor Shields and Kaiyne Woolery returned to action.

Hearts got the game underway but most the action took place in their half.  Motherwell chased and harried and gave their opponents no time to build from the back.  Hearts had more possession but it was Motherwell that had the early pops at goal.

The opener arrived in 23 minutes when Woolery crossed from the right.  Sean Goss knocked the ball back across the six yard box and Shields was on hand to bundle the ball into the net.

There was little reaction from the visitors and they remained pinned back .

Motherwell continued the pressure at the start of the second period with a few corners that had the home crowd baying for a second goal.  Kelly had a chance to play his part for the first time with a decent save after an hour’s play.  The game was won moments later.

Taylor Moore earned a second yellow card from Willie Collum when he barged Shields off the ball.  Hearts were given no time to recover as the resulting free kick was taken by Goss.  Lamie rose above the defenders at the far post and Craig Gordon was beaten for a second time.

Shields had a double chance to score a third but Gordon made a double block from point blank range.

Hearts pushed forward but it was a forlorn hope and the ‘Well players and fans were able to enjoy a rousing chorus of Twist and Shout after the final whistle.