'Well win at last with a 4-2 against St Mirren

Motherwell raced up the table with a thrilling 4-2 win over St Mirren. It was a great first league win of the year.

Not since Boxing Day have Motherwell fans been able to celebrate a league win and this victory puts a top six finish within reach.  The prize can be won at Livingston next week. 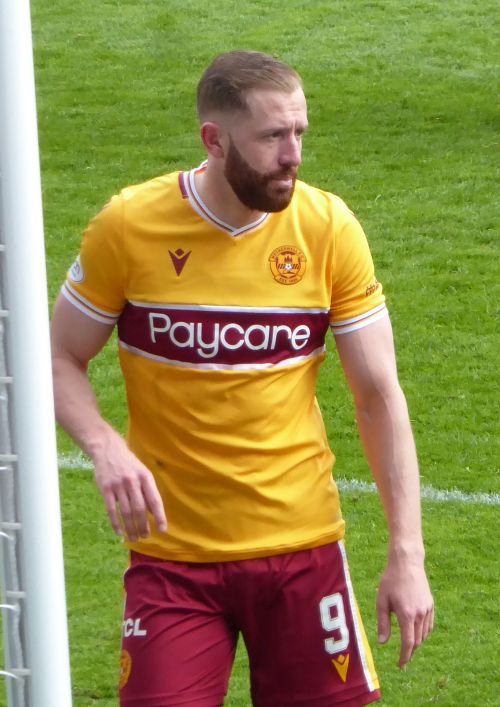 Graham Alexander produced another surprise and placed Stephen O’Donnell at left back with Bevis Mugabi on the right.  Ricki Lamie and Sondre Solholm paired up as centre backs.  Kevin Van Veen led the line supported by Joe Efford and Connor Shields.  Callum  Slattery made a rare start alongside Sean Goss and Dean Cornelius.

A breathless first half produced five goals and the first came against the run of play for the visitors.  Hesitant defending and an O'Donnell clearing header against Solholm caused the ball to fall kindly for Eamonn Brophy and he finished from five yards.

The lead lasted only five minutes until Motherwell scored two in a minute.  Sean Goss was on hand for Shields’ cross and he fired a hopeful low drive from 20 yards that beat Dean Lyness at the post.  Celebrations had hardly stopped when Shields latched on to the ball at charged thirty yards before a delightful chip over the ‘keeper turned the game.

St Mirren were thrown another lifeline in 38 minutes when another instance of slack defending gave Conor McCarthy a close finish following a six yard scramble after a corner.

Another twist was to come before the break. Progress on the left wing ended when Efford squared to find Dean Cornelius on a run from deep.  The ‘Well boy steadied himself and shot home to provide a 3-2 lead.

It was no surprise that the second period saw fewer goals but there was plenty of goalmouth action as both teams battled for the win.

The clincher arrived with 12 minutes remaining and it came with a near post touch from Shields.  Van Veen was the architect as he engineered a controlled run in from the left side of the box before delivering the telling pass.

All remains to play for next week when a cup tie atmosphere will be guaranteed at Almondvale.