Players and staff at Fir Park are enjoying a bit of well-earned downtime this week but the New Year will signal the start of an intriguing month ahead.

No one would have predicted we would enter the winter transfer window safe from relegation and contemplating how to push for Europe or start advanced planning for next season. It is a pleasant task to decide just how much to gamble on the short-term but while we can't really lose, chances like this are rare and must be carefully considered. 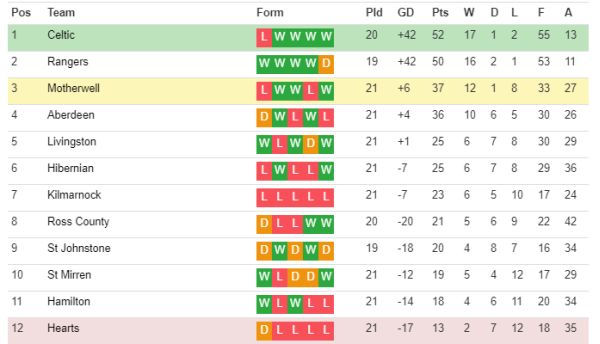 While our performances have surpassed our hopes, the expectations of others to fall back were pretty much spot on. Fourth will likely guarantee Europe - and with it a seeded spot in the next League Cup knock-out round  - but even third and 'best of the rest' could be there for the taking.

And obviously we start the Scottish Cup with a winnable tie and as much - or little - of a chance as anyone else of upsetting the Old Firm applecart.

Improving on our current record would seem near impossible but conversely upgrading the team in individual areas would seem very feasible. The main query is over our new striker to replace departing Devante Cole - splashing out for extra quality could bring rewards while if it goes wrong, we are unlikely to suffer too much on the park.

Manager Stephen Robinson has insisted he will not buy for the sake of it and our transfer action could see players moved out rather than brought in. Barry Maguire, left on the bench in the collapse against Hamilton, is surely on the exit ramp while losses would happily be cut on Christian Ilic and Casper Sloth.

We do have the opportunity to sign pre-contracts to prepare for next term and can see the advantage of having done early work with Declan Gallagher and Liam Polworth.

There's two-and-a-half weeks until we resume action at Dens Park and follow that with two massive league games, at Aberdeen and home to Hibs. We could hardly ask for better - should we lose it will not be considered a disaster but even two or three points would be huge and four will quickly see giddiness return.

On the treatment table Charles Dunne will continue his recovery while thoughts of David Turnbull boosting the side will warm us through the cold. Too much cannot be expected of him after the last six months but he could yet prove crucial as the season draws to a close.

Over the course of 2019, we have claimed an astonishing 67 points despite having rebuilt the squad in summer. A repeat is unlikely but the challenge of maintaining such a high level is infinitely preferable to a requirement for a January spending spree to ensure survival!