Motherwell paid the price for an off colour performance on Saturday but earlier good work means the grip on third place remains.  It was a reminder that careless slips cost points.

Stephen Robinson made no excuses when he offered post-match comments to MFC TV.  "The first two goals were really poor.  We made wrong decisions and got punished". 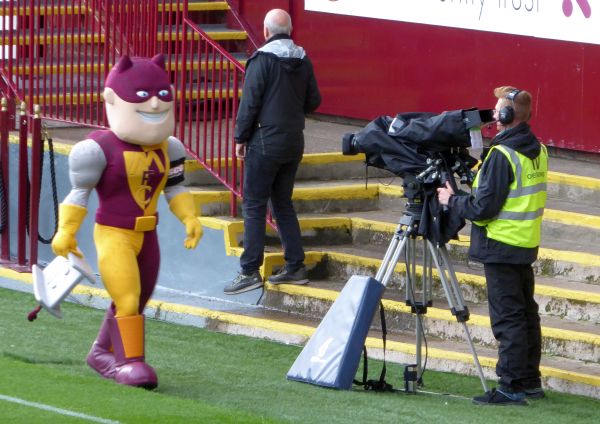 The home crowd was in full voice when Euan Anderson pointed to the penalty spot but it was the visiting team that got the boost when Joe Lewis reacted to James Scott's spot kick.   Aberdeen got their break following the departure of Peter Hartley.  The defender had taken a ball in the face and after a lengthy spell of treatment he was escorted off the pitch.  The team in the dugout had not anticipated the need for a substitution and the game resumed.

Barry Maguire dropped back to fill the gap in central defence but he came under pressure almost immediately.  He was on the wrong side of Sam Cosgrove when the ball arrived and the big striker lost no time in driving to the goal. He took his chance.

It was then all downhill.  Motherwell were unable to breach the red ranks and rarely gave us a cheer.

Bevis Mugabe made his first team debut and looked fairly comfortable.  He is on our books until January and no doubt consideration of an extension is in the mind of the manager.

Negative thoughts will disappear as thoughts turn to Sunday's game at Ibrox.  Let's hope that we see a better Motherwell show.