Graham Alexander is the new manager of Motherwell FC.

The 49 year old was interviewed on Wednesday and starts immediately.  He was relieved of his duties at Salford City in October where he had been manager for over two years.  He will bring with him long-term assistant Chris Lucketti. 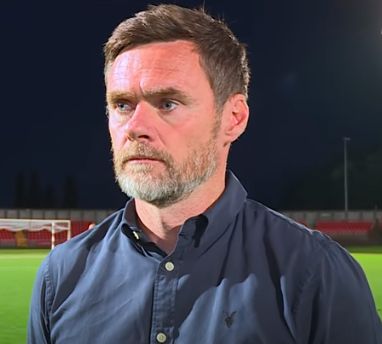 Alexander had a long playing career that included more than 400 appearances for Preston North End  before he moved to management.  Most of his experience on and off the field has been in the north of England.  No doubt his knowledge of the players in that region will soon be put to use.

He was late to the international scene and won the first of his 40 caps aged 30.

The appointment follows the resignation of Stephen Robinson following a run of ten games without a win that saw Motherwell drop to a share of bottom place in the league table.  He had criticised the players with increasing intensity and brought an end to his reign at the club.  Since taking the job in 2017 he had delivered European football, a third place finish and a couple of cup finals.

Graham Alexander can now be added to the list of Motherwell managers - good luck.