Another cap for Bevis Mugabi

Motherwell’s Bevis Mugabi was part of the Uganda team that earned a point against Kenya in a World Cup Qualifier.

The versatile defender played for 90 minutes and the result sets Uganda up for a massive meeting with Mali at the weekend.

Our man produced a fine defensive display but he missed a sitter from the penalty spot after half an hour.  He played in centre defence but came to the aid of his forwards when the opportunity arose. 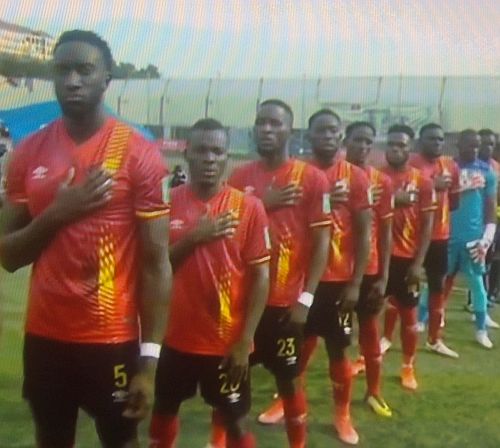 Bevis joined Motherwell in 2019 and his current contract runs to the end the season.  Before this match he had made ten international appearances for The Cranes mostly in the Africa Cup of Nations.

Next up for Mugabi is a trip north from today’s game in the Mandela National Stadium Kampala to face group leaders Mali in Morocco on Sunday.

We wish him all the best for the next match and hope he comes through ready to play his part against Hearts in the Premiership next weekend.