Any news for visiting streamers?

The recent SPFL announcement enables clubs to offer season ticket holders access to closed door home matches.  The glaring omission is any mention of away fans. 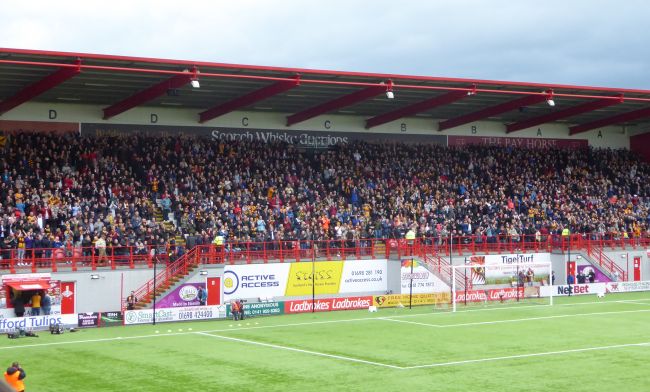 The agreement with Sky allows clubs to create a virtual season ticket to provide “an alternative source of match day income” while fans cannot be present.  This suggests that regular supporters are to be offered the option of paying a second fee to watch their favourites.

Motherwell were quick off the mark to advise their fans that Fir Park online viewing will be included in this season’s annual ticket.  And the season ticket guarantees 19 home games regardless if that moves into the next campaign.  There’s even the bonus of the first home Europa League game to make commitment to the Mighty ‘Well the best value for money package in the Premiership.

Several other clubs have indicated their willingness to not to double charge season ticket holders but as yet there has been no mention of a legal route for fans of visiting teams to watch games in any of their opponents’ grounds.

Sky will show 48 of the 228 fixtures in the regular season (assuming a 12 team league) and, under current arrangements, only exiled fans, outside the UK will be able to watch their team on the road – if streaming is available.

There are many ‘creative’ routes to circumvent the restrictions but those do not generate much needed income for clubs.  Will this current emergency give the league an opportunity to give visiting fans some long overdue recognition?

Travelling supporters have paid over the odds prices for too long.  While the vast majority of home supports take advantage of the season ticket that in most cases enable game entry for well under £20, visitors are fleeced by prices that often approach £30.

The concept of an away season ticket has been floated from time to time in recent years.  Clubs and broadcasters have an opportunity to come together and enable online visitor viewing while social restrictions continue.  Might that lead the way to proper encouragement for fans to travel?