Back to action in a fortnight

The winter break is approaching halfway and Motherwell can resume preparations for a packed schedule from mid-January to mid-February.

The break started a few days early due to the latest Covid spike and it is hoped that play can return with the rescheduled trip to Dingwall on Tuesday 18 January. 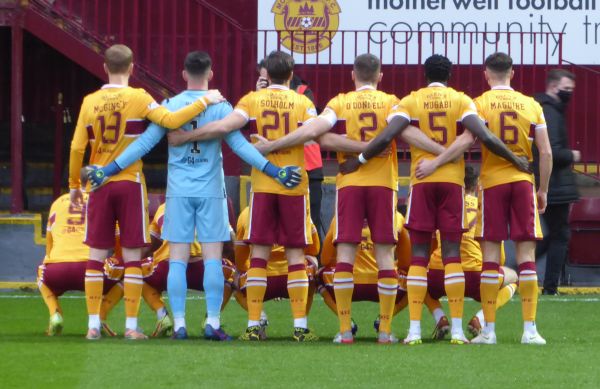 2021 ended with a win against Livingston

That game against Ross County will herald a four week period with eight fixtures assuming Motherwell can overcome Morton and reach the fifth round of the Scottish Cup.

Graham Alexander will hope to have a full complement of fit players for the busy spell but he will have to cope with the uncertainty that comes with the mid-season transfer window.

The manager has confirmed that Tony Watt has agreed a move to Dundee United at the end of the season but it seems likely that his departure is imminent.  A cash settlement for an early move would give Motherwell the opportunity to chase previously identified targets.

Mich’el Parker failed to make an impression since he joined the club in July and he vacates the number 26 jersey as his short term contract has ended.

Current rules are that a 500 crowd limit applies.  That means a ban on away support and a ballot for precious home tickets for season ticket holders.  Frustration grows as fans north of the border watch games from the south in full stadia.

Kevin van Veen topped off a fine end to 2021 with the collection of December's Player of the Month award.  His contribution to a successful month was justly rewarded and we hope for more of the same in the second half of the season.