Can Graham Alexander find respite in the Scottish Cup?

Motherwell have not won a league game since Graham Alexander had his managerial contract extended in January.

His first year at the club was a success.  He picked up the reins dropped by Stephen Robinson at the end of 2020.  The club was then in third bottom place and without a win in nine attempts. 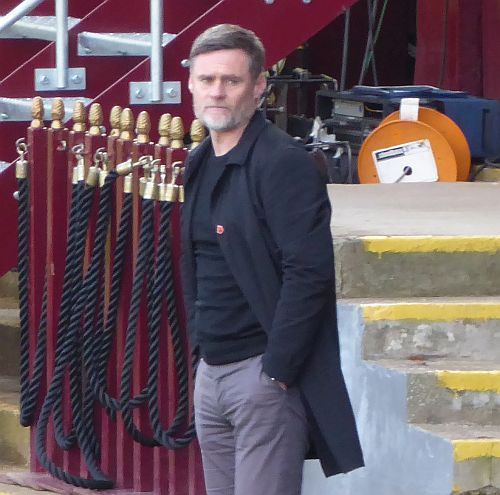 Results improved with an influx of players and some basic football.  The threat of relegation was left behind with games in hand and a new squad was assembled for the 21/22 campaign.  Fans hoped to see the team develop a more entertaining style as the Alexander era developed.  They still wait.

There were flashes of encouragement in the first half of the season.  Tony Watt hit a productive run and points began to accumulate.  A three game winning streak in August/September brought dizzy heights.  Yet it was hard work and determination that had the ‘Well firmly in the top six rather than dazzling skills.

The emphasis on solid defence and long range movement up front was far from pretty but with the assistance of weak competition from the mid-table pack the winter break arrived with a magnificent tally of points over the calendar year.

In January it was announced that the manager has accepted an extension to his contract that would tie him and Chris Lucketti to Fir Park until 2025.

The poor start to 2022 has seen rising levels of frustration in the home stands.  Fans struggle to find any semblance of a playing strategy other than a brutal long ball game.  Tolerance of the public park tactic weakens with every winless weak.  Endless permutations of the squad seem to make no difference.

The players must share the fans’ frustrations.  There are decent footballers in the Steelmen’s ranks but their ability to shine is compromised by the manager’s methods.  Whispers of dissent in the ranks are no surprise.

Robinson took Motherwell to two cup finals, a remarkable and praiseworthy achievement.  Alexander must be looking at Sunday’s meeting with Hibs as a chance to stop the rot.  A trip to Hampden will not transform supporters’ opinions of the manager but it may give him a much needed breathing space.