Motherwell extended the poor run of results at Parkhead with a 1-0 loss but results elsewhere did little damage to a decent league position.

Fans of the Fir Park club rarely return from Glasgow with the joy of a positive result and this trip home provided another opportunity to replay the familiar tale. 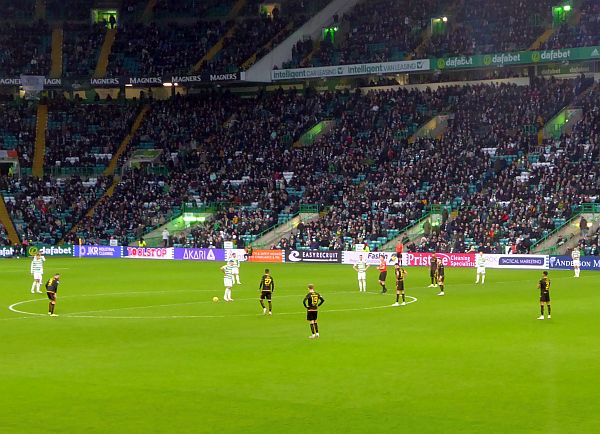 If the team had been able to maintain the attacking flair that had produced a number of chances in the first half there might have been a different outcome.  Any comment about the second half performance would be less kind.

Kevin Van Veen picked up another silly booking, his ninth of the season, and Callum Slattery added number seven to his collection.  Slattery hardly deserved the caution that ultimately led to the defeat.

Of the teams in Motherwell's neighbourhood in the table only Aberdeen collected three points in this round of fixtures and we hold fifth place as Dundee United have a better goal difference.

There is a great opportunity ahead with two home fixtures against St Johnstone and Livingston up next.  A couple of wins would strengthen our grip in a top six place and some might dare to dream of a trip abroad next campaign.

Graham Alexander's post-match thoughts suggested that he had watched a tighter contest than that viewed from the away enclave but his upbeat remarks will play well in the dressing room.

He'll be hoping for good news from the treatment room in the coming week.  The return to fitness of a centre-back or two would be welcome although the Bevis Mugabi Jake Carroll partnership coped well with the threats on Sunday.