There was little cheer among Motherwell fans leaving Tannadice though the manager claimed to be delighted.

There's no doubt that a draw might have been a fairer reflection of the game.  The 50:50 share of possession was echoed in the chances created by each team.  United, with the help of weak defending, took their chances; Motherwell, thwarted by some decent goalkeeping, did not. 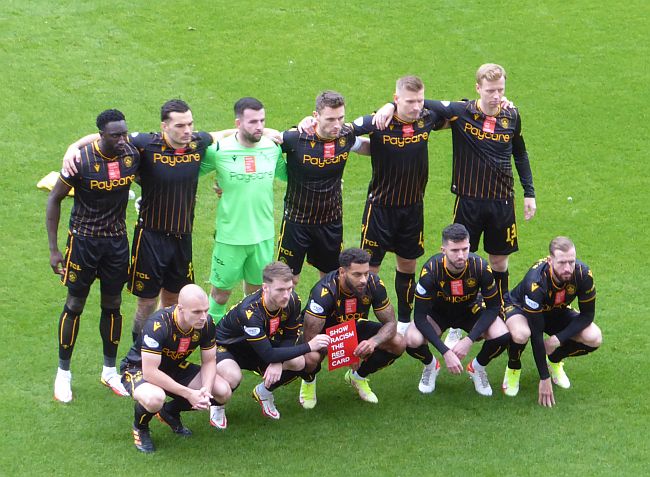 The Motherwell media team, on the ball as ever, had the manager's post-match reaction available inside an hour of the final whistle and it caused some bafflement for those on the way back along the A90.

There was acknowledgement that the other team won but that was almost lost among a series of exaggerated claims about the side’s performance.  “I thought we were the better team.  I thought our first half display was the best we’ve played since I’ve been here…….I enjoyed watching my team today…..I was delighted with my team today, delighted.”

There have been some fine displays from Motherwell this season but Saturday’s was not one of them.  The manager has to prepare his charges for every game and ensure that they are in the best mental and physical shape but the comments did his credibility no favours.

His next task is to end this losing run and deliver three points on Wednesday when St Mirren visit Fir Park.

Motherwell Leave Tannadice With Nothing