Motherwell fans turned to the Tannadice exits on Saturday to face another homeward journey without a win. It's been a while.

The consensus was that the team were unlucky to take nothing from the game.  Dundee United made few clear cut chances and needed a wicked deflection to find the net.  There was even positive talk of passing between claret and amber shirts though that was balanced by despair at the lack of striking threats. 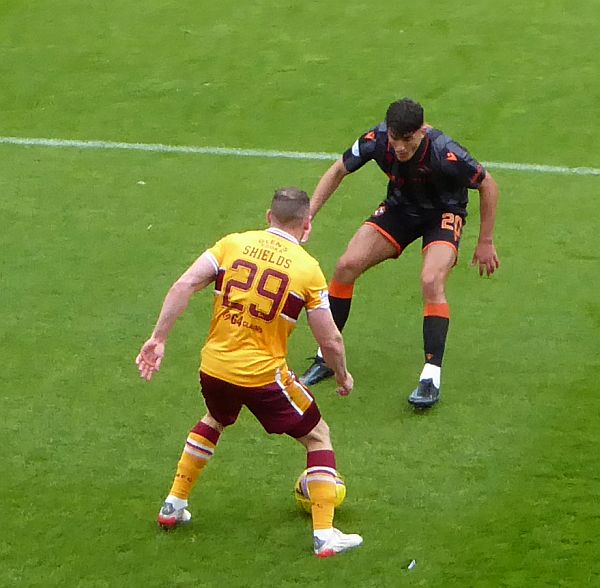 The debate about the manager continued.  In his favour the team is safe in the top half of the table and still (amazingly) in the hunt for a place in a UEFA competition.  Surely no one expected more?  Would fans of Hibs or Aberdeen be happy to trade places?

Against him is the product on the pitch.  At times Motherwell have resorted to the ugly kick and rush style devoid of any constructive build up.  Saturday's performance showed some improvement but for the majority of the year it has been a painful watch.

Graham Alexander accepted an extension to his contract in January that could  keep him at Fir Park until the summer of 2025.  That deal was offered following a Tony Watt driven first half of the season that had Motherwell long term tenants of fourth place and a calendar year that had delivered 59 league points, bettered only by the big Glasgow pair.  Who was to know that Motherwell had embarked on a run of at least 15 games without a win?

Meanwhile, three games remain of season 21/22 and points have to be found if sixth place is to be left behind.  Several hundred 'Well fans will make the long haul up to Dingwall next weekend looking for the three points that might encourage some to check their passports.

We live in hope.

No Joy For Motherwell At Tannadice