It had been three years since Motherwell's previous defeat at Tynecastle but that meant little to 'Well fans as they watched their team on Saturday.

The early rush of blood suffered by Liam Kelly gave Hearts control of the game and they pressed the advantage by taking a two goal lead by the break.  Graham Alexander was correct to point to the chances his side created in the second half but the damage had been done and the better side took the points. 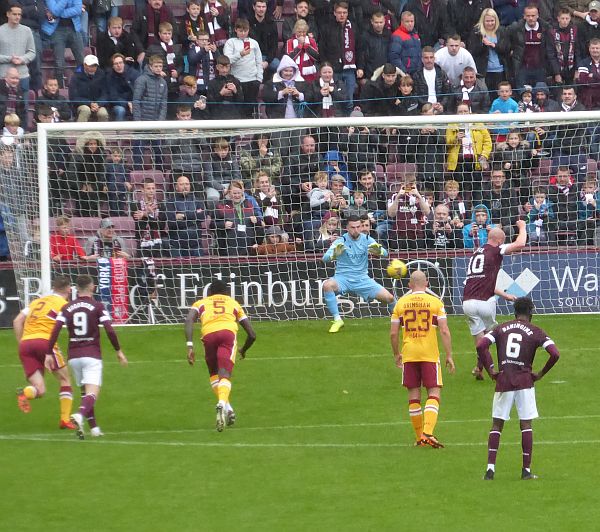 In the first half Hearts demonstrated an ability to retain the ball that was sadly lacking from the visitors' play.  The urge to push the ball forward by the Motherwell defenders merely returned possession to the home side.  The contrast in styles was stark.

If anything positive can be gleaned from the day it was that no goal was conceded from open play.  Hearts needed a couple of refereeing decisions to go their way to provide their winning moments.

Still, a look at the league table shows Motherwell still in fourth place after eight rounds, surely a start that exceeds expectations.

The international break (home to Israel on Saturday 9 October and away to Faroe Islands on Tuesday 12 October) will afford a few rest days for the majority of the squad.  Sondre Solholm will have more time to recover from his injury and he will hope to resume his pairing with Juhani Ojala for the visit of Celtic in a fortnight.