It was not a surprise to see Motherwell lose the league opener, such a happy event last occurred in 2016.

Nevertheless it was a great day a Fir Park.  The stadium looked marvellous.  The year without fans gave the club room to refurbish the old ground and with the pitch presenting a perfect surface all that remained was for the stands to be populated. 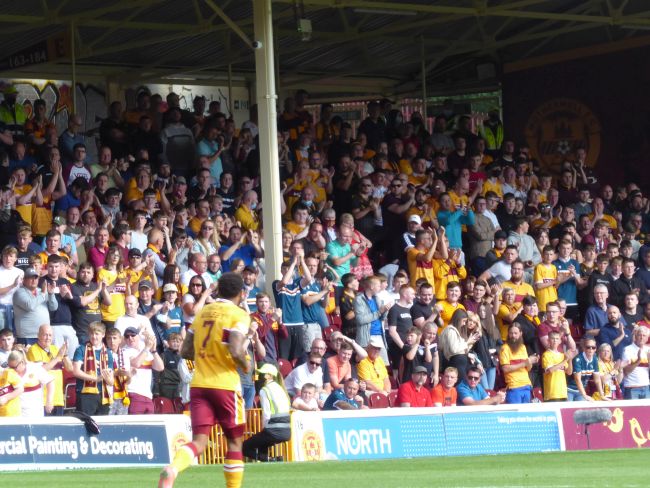 Stand up for the Motherwell

Five and a half thousand duly turned up to bring sound, colour and bussle to make the day complete.  The sun shone and the TV cameras were in attendance to let the world see that Fir Park was back in business.

The teams were greeted with a rousing cheer and throughout the afternoon the atmosphere reminded us of what had been missing for almost eighteen months.

Spectators were rewarded with a fitting spectacle as the players responded to the live audience.  The game aflowed from end to and there were corresponding highs and lows as the goal tally mounted.

Hibs came away with the points having got the balance of the five goals but the real victory came to all who missed their regular fix of live action.  The turnstiles last turned for a league game on 4 March 2020, it was great to to hear them clicking again.