Fir Park hosted its only full men’s international when Scotland played Wales on 19 March 1898.  Will we get another in the next 122 years?

Motherwell had taken up residence at their new ground three years earlier and the anticipation of a big crowd enabled the club to increase the capacity to 15,000.  Reports suggest that around 7,000 turned up for the Saturday match in the British Home Championship.

A search in online archives produced the following match reports.  The style and presentation of the pieces below is quite different to that of today.  Paragraph breaks have been added to aid legibility.

(BY SPECIAL CORRESPONDENTS) By defeating Wales at Motherwell on Saturday afternoon Scotland began her international engagements for the season in good style. Scotland won the toss, and taking the advantage of a strong breeze, play was monotonously in their favour. Their forwards worked in such harmony that they fairly bewildered the defence of the Welshmen, with the result that at half-lime they were leading by four goals to one.

In the second half, the strangers, with the wind in their favour, had a better share of the play, and the home backs being rather shaky they managed to gain another goal. Gillespie (Third Lanark) added another for Scotland, who won rather easily by 5 goals to 2. The game calls for no further comment, as it was a one-sided affair altogether.

At the close of the match the Selection Committee met and selected the following team to oppose Ireland at Belfast on Saturday first:-Goal, Anderson (Queen's Park); backs, Kelso (Dundee) and Doyle (Celtic); halfbacks, Thomson (Dumbarton), Russell, and King (Celtic); forwards, W. Stewart (Queen's Park) and Campbell (Celtic); McColl (Queen's Park): Walker and Robertson (Hearts). The team is strong in all departments, and unless the unexpected happens they should win comfortably. 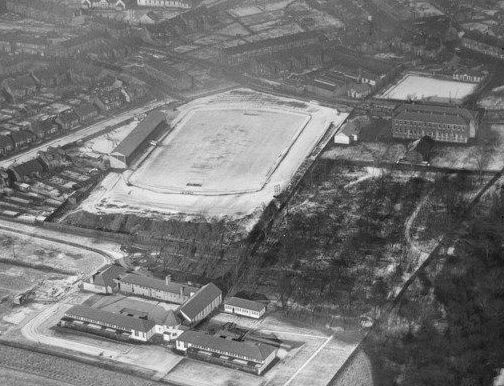 Following the precedent established in 1853 of taking our Welsh friends round the country, the Scottish Association fixed upon Motherwell for the twenty-third international with the gallant Little Principality. The Welsh eleven originally selected was a good one, and even with Meredith, the Manchester City man, standing down, the team read well.

Scotland won the toss, and chose to play for the west goal, having a considerable breeze at their backs. It became evident at once that the team favoured by the wind was to have a very considerable advantage. The Scotsmen were weak at goal. Several of them, Findlay in particular, made miserable attempts to score. They maintained their offensive tactics, however, and at length Gillespie scored from a nice pass by Morgan. Although making a fair show, and occasionally having a shot at Watson, the Welshmen were being outplayed all round. Wales got a goal just about half-time, when the game stood -Scotland, 4: Wales, 1.

Wales started so well in the second half that it looked for a time as if they were going to retrieve themselves. They could not make a sustained effort, however, and. taking advantage of their slackness, Scotland were soon pressing. Variety was lent to the play by a smart piece of work by Wales. The effort resulted in a corner kick, which was converted into a goal, which Watson might have saved. Play was more open after this, the Welshmen making a better display. Play was equal till the close. The result was--Scotland, 5; Wales,2.