The indefinite suspension of football in Scotland can hardly have come as a surprise.  We all knew it was coming although the short notice ahead of Friday's game at Fir Park was unfortunate.

Motherwell, in common with others, now enters a period of uncertainty.  Alan Burrows and the board face many unknowns as they attempt to steer the club through the troubled months ahead. 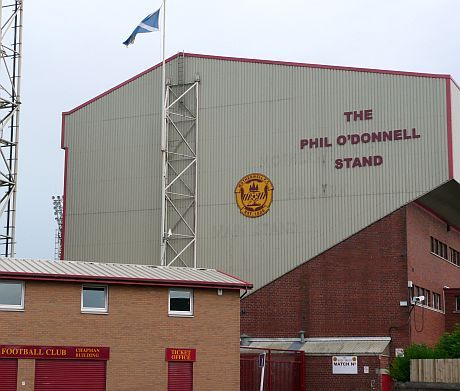 The pandemic has caused the suspension of almost all sporting events and it may be some months before stability returns.  In the meanwhile,  the well-being of everyone in the Well family, as far as is possible, will  be the top priority.

The financial distress that will follow the loss of income will be considerable.  Fir Park was due to host two matches (Aberdeen & Kilmarnock) before the league split and possibly another two from the last five fixtures.  Part of the benefit of a top half finish would be the expected income from the visit of one of the big Glasgow clubs.

The club's fixed costs remain.  Staff and players have to be paid and stadium maintenance remains.  Grass will still have to be tended.

While the league is in a state of suspension there may not be a requirement to offer season ticket holders a partial refund but what will happen if the season is abandoned?  The Well Society, strangely quiet in recent months, may have to take a higher profile and remind its members of the need to keep the funds flowing.

Many players will end their contracts at the end of May.  What will happen should the final rounds of the league resume in June?  So many unanswered questions.

There are hard times ahead and the loss of football is likely to be a minor irritation as the spread of conoravirus continues.