Long stays at Fir Park for another season

With the wait for the new season down to three weeks Motherwell fans were given a boost with the news that Christopher Long has taken up the long tabled offer of a one year deal.

Last season’s number nine was out of contract and he took some time before accepting the deal on offer but his return strengthens the continuity thread that runs through the latest squad. 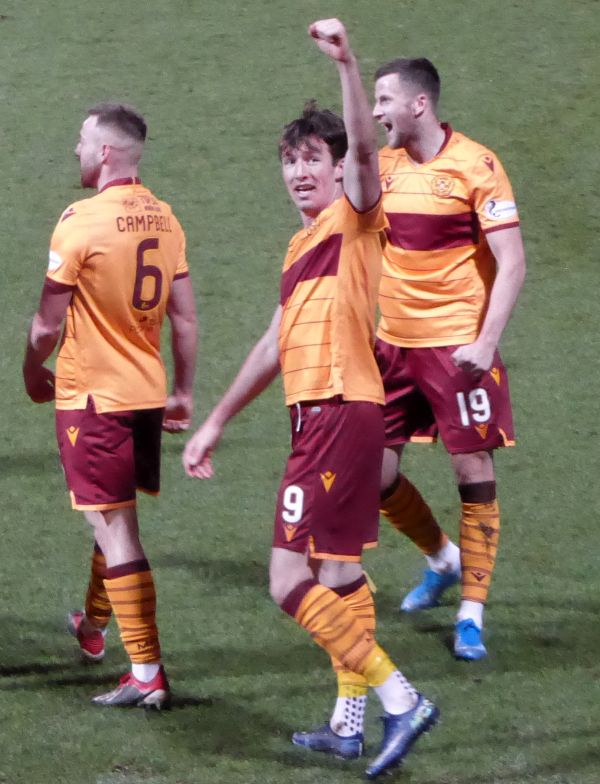 Friday’s announcement was heavily trailed by the electronic billboard on Airbles Road and snaps of the returning favourite soon appeared on social media.

Christopher will be well aware that the 2020/21 group should be capable of another productive campaign.  David Turnbull is now fit an eager to go and Jake Hastie has come back on loan.  Alongside them looking for starting places in midfield are Allan Campbell, Mark O’Hara, Jermaine Hylton, Liam Polworth and Liam Donnelly.

Jordan White joined a month ago and was rewarded with the number nine jersey.  Sherwin Seedorf and Tony Watt will offer further attacking options.

Preparations will step up now that the green light has been given for pre-season friendly matches.  Season ticket holders can have an early look at the progress made so far when Motherwell play Rangers in a closed door trail at Ibrox on Wednesday 22 July.  The game will be available on the the club’s streaming service, surely a first for a friendly?