It will take a few days for the depression in Firpark Street to clear.  Self-inflicted damage has to be repaired.

Defeat in a cup competition is inevitable for all but the winner so there is an understanding from fans that the path to glory can be cut short. The hope is that the losing players can be cheered off the pitch in recognition that they gave their all for the cause and that they lost to the better team.

Sadly, Motherwell’s departure from this season’s Betfred Cup came not with a glorious defeat but with a seriously under par performance.  Players left the field with heads hung low in front of empty stands. 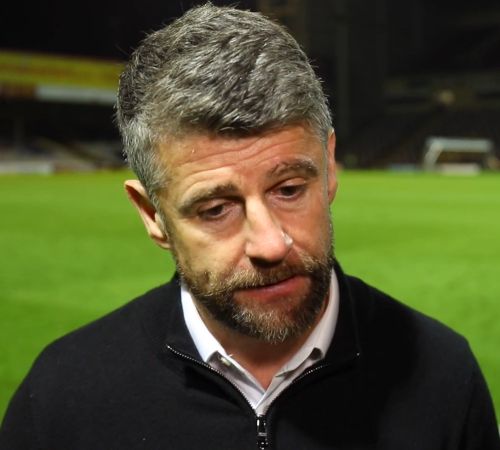 Not a happy man

The manager faced the post-match round of interviews and made no excuse.  “We got what we deserved.”

St Johnstone probably felt that they did not deserve to fall behind after an hour’s play.   They were probably the better of two poor teams at that stage.  It was a well taken goal.  Ricki Lamie provided the assist for Tony Watt to convert.

What then happened was, in the words of Stephen Robinson, “two ridiculous pieces of defending”.  His demeanour and comments amounted to a scathing verdict on his players.  He rounded off by wishing that he had “three or four of the men” that had taken the club to cup finals in recent years and added that “we have a mix of boys that are a little bit soft at the moment”.

There should be no need for him to repeat the message inside the dressing room.  The players will be aware of the collective failure and that the first step to recovery can be taken when Hibs arrive at Firpark Street next weekend.