Motherwell have accepted a bid from Hull City for James Scott.  Reports, yet to be confirmed by the club, suggest that the initial fee is around £1 million and that add-ons could result in a final total of £1.5 million.

By any standards this is another great bit of business for the fan owned club.  The 19 year old has been become a regular fixture as Motherwell moved to third place in the Premiership table but even his biggest fans will agree that he is far from the finished article. 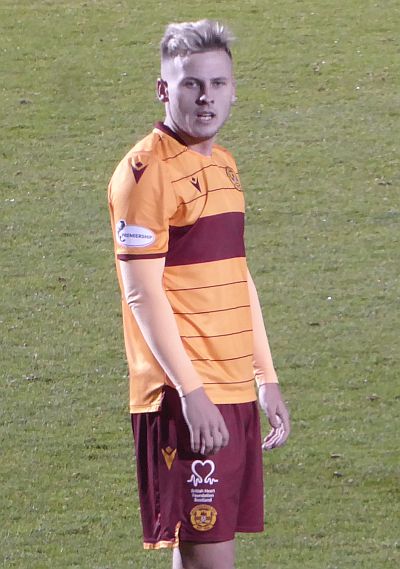 Scott joined Motherwell’s productive youth system when he was barely into his teenage years.  His early appearances were rewarded with a three and a half year deal in February 2019.  Stephen Robinson has been playing him mainly on the right flank this season and his partnership with Chris Long has been productive.

Hull’s first bid was knocked back but on Friday the young striker was absent from training as the Championship side returned with an increased offer.  By the afternoon he was on his way to Hull in the expectation that paperwork would be completed before the English 11pm deadline.

Stephen Robinson’s plans for Saturday’s visit to Livingston will have to be amended and his little black book will be raided as he searches for a late replacement.