Motherwell away to Hibs in the Scottish Cup R5

Friday night provided Motherwell fans with a mixture of relief and frustration as the team stumbled to a quarter final tie with Hibs.

We expected the Premiership side to take to home turf determined to demonstrate that there would be no doubt about the outcome. Instead there was a timid approach.  A safety first mentality gave succour to Morton and fuelled their belief that the game was up for grabs.

Motherwell lacked pace and passion and resorted to hopeful long balls too often.  Claret and amber passing was mostly limited to square balls across and behind the halfway line as Morton took station to prevent forward movement. 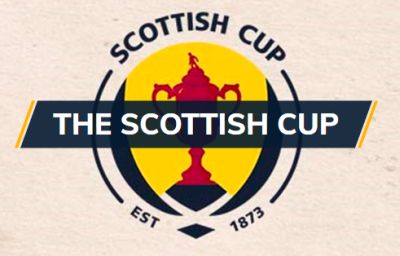 Devante Cole showed a few good touches but the body language of Chris Long did little to inspire. The injury to Allan Campbell added another damper to the under par evening.  Graham Alexander delivered his post-match interviews without blowing his top.  He often speaks of the importance of the mental approach to games and there was an admission that the team fell short on Friday night.

Before the weekend's fifth round tie comes the last meeting of the season with Hamilton.  There are few certainties in football but we can safely assume that if Motherwell offer another low key performance we will suffer the indignity of a fourth consecutive defeat to our neighbours.

We learned on Sunday lunchtime that Hibs won the right to face Motherwell in next weekend's quarter final.  Date and time will be at the choice of the broadcasters but the venue will be Easter Road.

Motherwell Struggle But Reach The Next Round