Motherwell will entertain Sligo Rovers at Fir Park on Thursday evening in the second qualifying round of the Europa Conference League.

This will be a season opener for the Steelmen but the visitors are in the middle of their League of Ireland Premier Division campaign, their season runs from February to November. 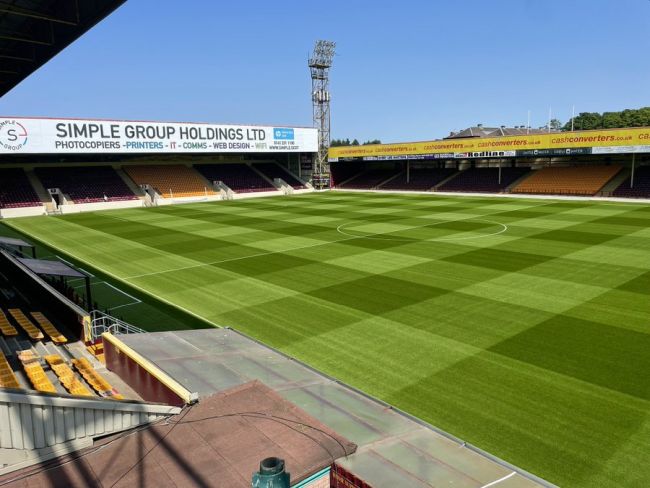 Thanks to AB for the view of the new pitch

The Bit 'O Red, as they are known, are currently fifth in the ten team table and after they knocked Bala Town out of the ECL (penalty shootout) they fielded a much changed eleven on Sunday that lost 2-0 to bottom of the table University College Dublin AFC.  That result will have disappointed Thursday’s visiting fans but it suggests that manager John Russell has focussed his resources on the tussle with the SPFL side.

While our opponents will be up to speed it was clear at the weekend that Motherwell have some way to go.  Although a full pre-season, including an intense week in Austria, has been completed Graham Alexander will know that the showing at Firhill leaves room for improvement.

Of particular concern will be the status of Kevin Van Veen.  He is the focus of Motherwell’s strike force and news of his “knock” and subsequent absence against Partick Thistle does nothing to bolster hopes of a much needed first leg win.

But the fact remains that, on paper at least, Motherwell should have more than enough quality to overcome Sligo.

The prize for the team that makes progress is a trip to Stavanger of Prague. What finer way can there be to handsel the new pitch than by recording a tie winning margin on Thursday – 3-0.