Motherwell home to Queen of the South on Saturday

Motherwell will welcome fans back to Fir Park for the visit of Queen of the South on Saturday.

The opening game at the home ground bears particular significance this season. It has been sixteen months since 'Well fans were in the stands and it will be a special day for those who came through the ballot.

Motherwell last faced the Championship side two years ago and they meet again in the group stage of the League Cup.  The visitors started the competition with a loss to Queen's Park and a win over Annan Athletic.  Ruari Paton and two from Ally Roy delivered a 3-1 win against their neighbours.

Graham Alexander admitted that there was room for improvement after he watched his charges scrape a 1-0 win at Firhill on Wednesday.  Queen's Park were unlucky not to produce a bit of an upset against a 'Well side that struggled to find any rhythm. 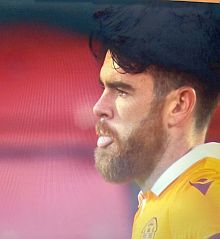 Although debut starts were given to Kaiyne Woolery and Darragh O'Connor perhaps the most significant moment came when Liam Donnelly made a late appearance.  After a year on the sidelines his return to first team action is a huge boost.

Kevin Van Veen was given a five minute taste of Scottish football and it may be that he has a longer spell in this upcoming match.

Motherwell can expect a stiff test on Saturday but an improvement on the midweek showing should be enough to produce a 1-0 win.

Remember the last time we played Queen of the South?