Monday nights in Dingwall may not be known for excitement but the eyes of Motherwell - and indeed the country - will turn to the Highlands for our opening match of the season.

No fans will be present in Victoria Park to watch Stephen Robinson's latest construction debut. It is hard to keep track of just how many teams the manager has fashioned in his time at Motherwell but this latest one looks promising, going forward at least. 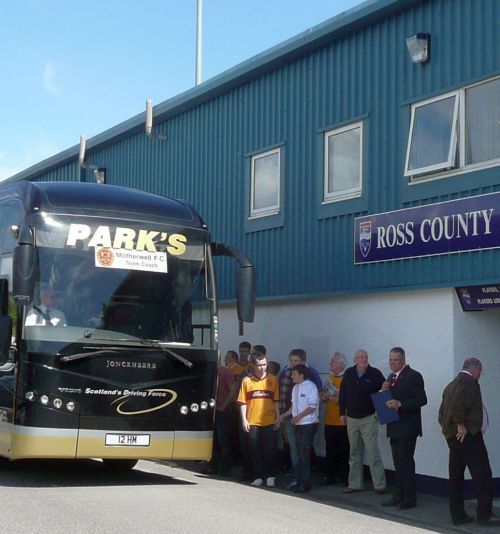 Wednesday's loan signing of Callum Lang from Wigan Athletic gives us yet another attacking option but not having played in friendly games he will presumably join Jordan White on the bench. Tony Watt, Chris Long and Jake Hastie would seem the probable starters in whatever shape we choose.

Midfield also offers an intriguing choice. Robinson is unlikely to surrender the middle of the park easily so Liam Donnelly and Alan Campbell will probably start with David Turnbull and Liam Polworth contesting the other place.

In contrast, the defence is largely settled through a combination of Jake Carroll's rehabilitation and lack of other options. Nathan McGinley and Ricki Lamie will make competitive debuts alongside new captain Declan Gallagher and Liam Grimshaw with Trevor Carson returning in goals after a long spell as Mark Gillespie's deputy.

What to make of this lot? One game is not enough to judge win or lose but our early fixture list is one which certainly needs to produce some positive results.

County have had a more modest transfer window than us despite ending last term on a hideous run. Returning home with a 1-1 draw would probably still be considered one point gained rather than two lost.