Stephen Robinson was cleared of an assault charge at Edinburgh Sheriff Court on Friday.

He was charged following an incident with his partner in Edinburgh in December.  He had always denied culpability.

“Motherwell Football Club welcomes the not guilty verdict of the court in our manager Stephen Robinson’s case.

The decision is entirely in line with our expectations, having been fully aware of the circumstances from the very beginning.

Stephen has had our unconditional support throughout and will continue to do so.”

He will now be able to turn his attention to Motherwell’s next match.  Ross County come to Fir Park on Wednesday. 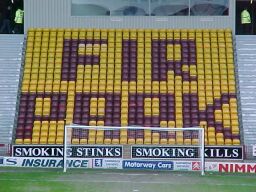