The SFA has announced that the SPFL's decision regarding the St Mirren and Kilmarnock fixtures is suspended pending appeal.

The League has noted the SFA's position and issued an updated table that places Motherwell in tenth place. 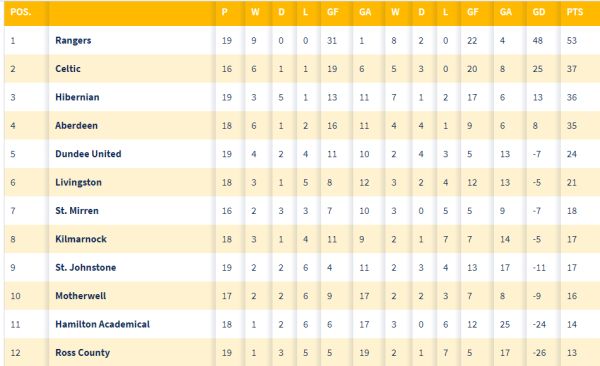 From the SFA site:-

In accordance with JPP 14.13, a Suspension Tribunal has confirmed that the decisions of the Sub-Committee of the SPFL Board sitting as a Tribunal (Kilmarnock FC and St Mirren FC) are suspended pending the outcome of the Appeals hearing.

The Appeals hearings have been scheduled for Thursday 14 January 2021."

And the SPFL response:-

“The SPFL notes the statement by the Scottish FA, confirming the decision of the independent tribunal in respect of preliminary issues in the St Mirren and Kilmarnock appeals.

"The SPFL notes that the appeals will be heard on 14 January 2021 and in accordance with the tribunal’s decision, will update the Premiership table pending the outcome of the appeals process.”

The effect of all this is that Motherwell's award of two 3-0 wins following the inability of St Mirren and Kilmarnock to fulfil their fixtures is set aside until the appeal is heard on 14 January.

The current SPFL Premiership table now shows Motherwell with 16 points after 17 games.  Hamilton's award of a 3-0 win over St Mirren is also in obeyance.