Motherwell scored five against Glentoran to reach the 2nd Qualifying round of the Europa League.  After an even first half the visitors were reduced to ten men early in the second and the game turned.

The red card provided the turning point in this one-legged tie but Motherwell capitalised with five different scorers.  Glentoran got a late penalty for a consolation  and we progress with a 5-1 win. 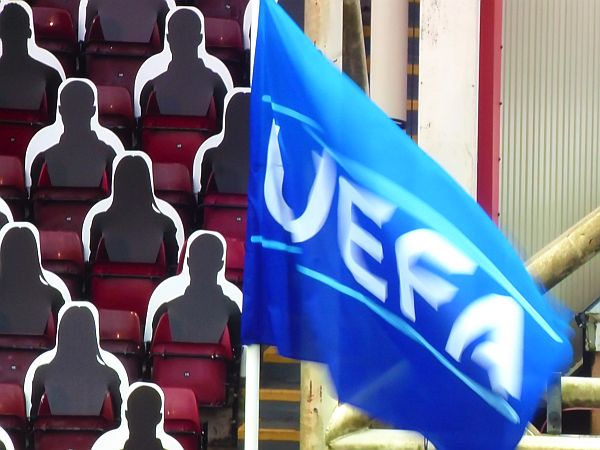 Motherwell took to the field without the departed David Turnbull.  Sherwin Seedorf and Jordan White moved to the bench.  Chris Long started alongside Liams Grimshaw and Polworth.

It was a frustrating first half for Motherwell.  They had most of the possession but, as in earlier games this season, the final product was lacking.  The visitors won a couple of corners early on before Long shot across goal at the other end.

Trevor Carson produced a great stop following a Glentoran corner.  A near post header seemed goal bound but the keeper's foot saved the day.  Long replied with a 20 yard shot on target.

Five minutes into the second half Glentoran were reduced to ten men when Seanan Clucas deservedly collected a second booking for a foul on Stephen O'Donnell.  The loss hardly dented the ambition of the visitors and they almost took the lead but O'Neill lifted the ball over the bar under pressure from Lamie on the six yard line.

The breakthrough came just before the hour. O'Donnell delivered a well paced pass to Callum Lang over the corner of the six yard box and the striker slipped the ball into the net.

An O'Donnell rocket from almost 30 yards opened the floodgates .  His shot was still rising as it found the net.  Number three arrived four minutes later when the keeper failed to hold Long's shot.  Polworth headed in from close range.

Glentoran conceded a fourth when Watt tapped in after Watt stung the keeper's hand with a close range shot. Long  added a fifth when he got on the end of Watt's cross with a well placed header.

The win and the handful of goals will deliver a bucket load of confidence to the team as we look forward to the draw for the next round on Monday.