Motherwell have secured the services of Kevin Van Veen, a 30 year old Dutch striker.  He joins on a 2 year deal.

He left Scunthorpe after two spells in which he contributed 180 appearances, 42 goals, 20 assists.  The striker is well known to Graham Alexander and he played for the Motherwell manager when the Irons reached an unsuccessful League One play-off in season 2016/17.  He played in the 'Well friendly against Dumbarton last Saturday. 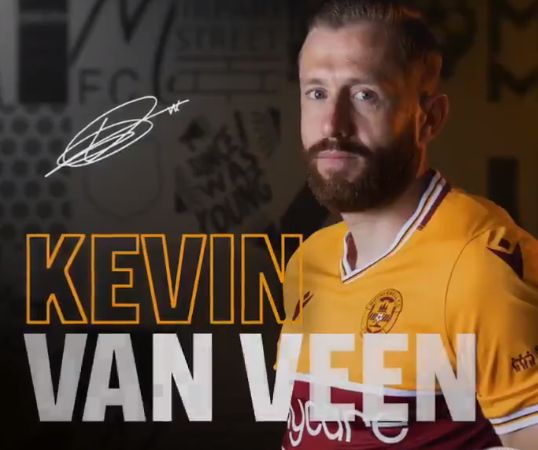 Thanks to MFC for the pic

KVV was a fan favourite at Scunthorpe and there are many tributes to him on social media after the news in May that he was leaving the club.  His goal scoring exploits led to him being referred to as 'Budget Berkamp'.

Knee surgery and a pulled hamstring limited his appearances last season but it seems that Alexander is satisfied that a productive relationship will follow.  He will wear the number nine shirt.

On the MFC website Alexander says, “Kevin’s a player I know very well from my time in England and I’m delighted to bring him up to Motherwell.

“He’s made a great impression on the other players while training with us.

“His ability on the ball and to score goals is something that we will all benefit from.

“I know how excited he is about this challenge, and we’re just as happy to have him.

“I am certain he can help achieve success.”