Motherwell have started the summer rebuild with the signing of 23 year old striker Connor Shields. 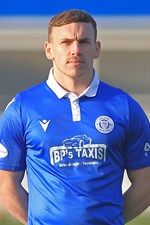 Shields scored eleven for the Queen of the South in his only season in Dumfries and he will make the move official at the end of June. He has a three year contract.

There was some speculation that Dundee United were keeping tabs on him but he elected to come to Fir Park.

Graham Alexander has suggested that there could be between seven to ten new arrivals as he builds the squad for the new campaign.

On the club website he says,  “We’re very happy to bring Connor in to start our rebuilding for next season.

“He’s had a great year scoring goals in the Championship and we believe he has the potential to do the same in the top flight.

“He’s quick, works incredibly hard and is hungry to prove himself at a higher level.

“He now has that opportunity and we’re really looking forward to working with him.”

Best of luck Connor and welcome to the ‘Well.