Motherwell took a huge step to safety with a 3-1 win over Livingston at Fir Park.

The Steelmen started with the same enthusiastic energy that has prompted the upturn in form in recent outings.  Devante Cole score the first two and Chris Long added the third as the team reaped the reward that their hard work earned. 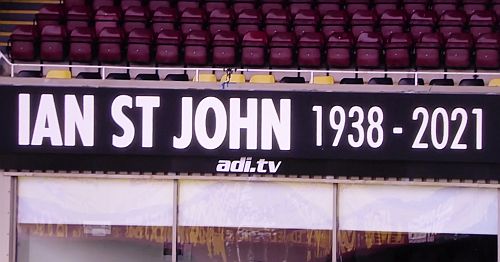 Cole got the game underway and within the first minute Livingston's goal was under threat.  Shots from Jordan Roberts on the right and from Stephen O'Donnell on the left tested Robby McRorie as Motherwell took early control.

The pressure was maintained and Tony Watt had a penalty claim denied and sustained a few knocks that forced him off after 22 minutes.  Chris Long came off the bench.

The visitors clawed their way back into the match and they used the familiar long throw as the main weapon.

The breakthrough came after half an hour.  Matej Poplatnick flattened Robbie Crawford inside the box and Colin Steven immediately awarded the penalty.  Cole was first to the ball and he drilled it into the centre of the goal to claim the lead the home side's pressure deserved.

Liam Kelly produced an excellent save shortly before the break then, with the help of the woodwork, watched the ball rebound to safety from Josh Mullin's 20 yard free kick.

The visitors started the second period on the charge and it was Motherwell's turn to be tested in defence.  After a tense 15 minutes Motherwell had a free kick almost 30 yards out.  Jake Carroll blasted into the wall but the ball fell kindly for Cole.  He turned and fired beyond McRorie to double the lead.

Livingston replied with a goal inside a minute.  A free kick found its way through the defence to the far post and Jack Fitzwater was available to head into the net.  It was just the fillip the visitors needed and they sensed the possibility of an equaliser.

Breathing room was restored in 69 minutes.  Cole collected after a clearance from McRorie and got the ball to Long.  The number nine ran into the box and finished neatly with the final goal of the game.

There was still time for a scare but Carroll produced a goal saving clearance under the bar to preserve the two goal lead.

The fine win gives Motherwell further room from the bottom pair and it will be with some confidence that the team heads to Rugby Park in a fortnight.