A year ago Motherwell pledged that season ticket holders would see 19 Premiership games at Fir Park.  That promise will be fulfilled in the 21/22 campaign.

It is a wonderful offer from a club owned by its supporters. 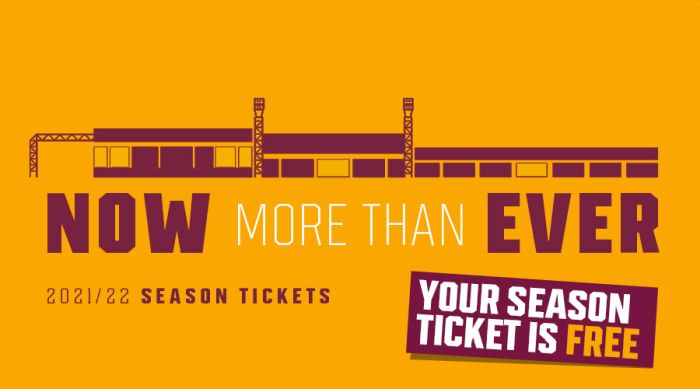 Everyone who has a season ticket for 20/21 will receive one for the new season free of charge.

In the email to existing holders the club invites those who are able to make a donation to the Community Trust or to the new 'Well In' scheme that will fund tickets for those struggling to pay.  The route provided for donations is donate.motherwellfc.co.uk or at the phone number below.

No doubt many fans will donate the normal cost of their ticket to one of the recommended funds - a reminder of the amounts is listed below.

The club will make a refund on last season's books to any who request it.

Anyone wishing to join the growing band of season ticket supporters can buy at the same prices as in the last two years.

Details of prices for the last season are listed below.