Next up - A New Start in Hamilton

Motherwell travel to Hamilton on Saturday for a game that will be as much a test for Keith Lasley as it will for the players.

Following the sudden departure of Stephen Robinson the players who were on the receiving end of his barbed farewell comments have an opportunity to demonstrate their commitment to the club.

The team was widely criticised following Wednesday’s debacle for a perceived lack of fight following the concession of the first goal.  Any similar failing on Saturday will reflect poorly on them and, by association, on Lasley’s prospects of sitting in the manager’s chair. 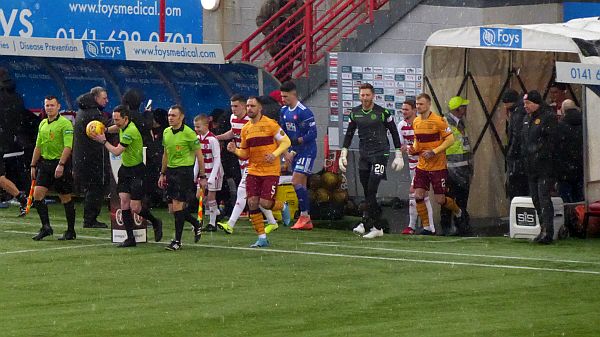 Our recent record at New Douglas Park is good; the last four visits delivered two wins and two draws.  On the other hand Hamilton emerged from the last meeting of the teams at Fir Park in August with a smash and grab 1-0 robbery.

Despite Motherwell’s poor form this season we remain two points better off than our neighbours and with a game in hand.  Brian Rice praised his team for a "hardworking, gritty and nasty performance" that earned a point at McDiarmid Park in midweek.  No doubt we will see more of the same on Saturday.

Lasley will be without the services of Callum Lang as he is now back at Wigan and Mark O’Hara is suspended.  Trevor Carson must be doubtful following the injury to his knee that forced his substitution against Kilmarnock.  He can’t buy a break this season.

Options for a change of personnel are limited but there is plenty of headroom for an improvement in attitude. If the players back the interim manager with a stirring performance and a much needed win they will do his chance of a longer spell in charge no harm.

Let’s start the New Year with some cheer; 2-0 to the Mighty ‘Well.

Remember out last visit to Hamilton?