Next up - a top six visit from Rangers

Motherwell and Rangers meet at Fir Park on Saturday as the top six contest gets underway.

There is a clear divide in the upper group that gives rise to a micro-league allowing Motherwell, Ross County and Dundee United to scrap for two qualifying places in the Europa Conference League.  The trio are spanned by one point with five fixtures remaining. 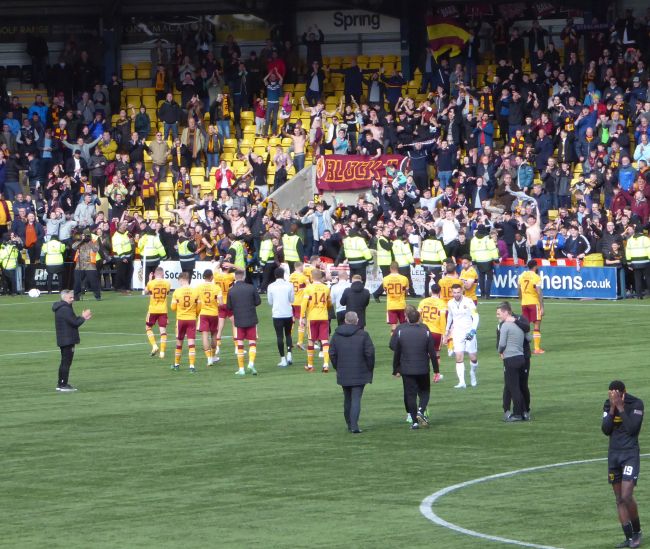 Motherwell took a point from each their earlier visits to Ibrox while Rangers romped to a 6-1 win when they were at Fir Park in October.  Bevis Mugabi had put the home side ahead but a collapse and the dismissal of Stephen O'Donnell lead to the heavy defeat.

Ricki Lamie's last gasp header in Livingston brought his team the vital (if undeserved) point that pushed the Steelmen above the cut line and unleashed huge celebrations in the away corner.  The unexpected equaliser followed a poor 'Well showing that, sadly, has been a regular feature of Graham Alexander's team since the turn of the year.  They have managed only one league win in 13 attempts but the six draws in that period kept them in the fight.

Rangers will come boosted by their Europa League progress and by last weekend's Scottish Cup win over their Glasgow rivals but they will be mindful of a trip to Leipzig in the coming week and that may affect team selection.  There will be talk of their heavy schedule and of mounting injuries but the size of the Govan squad outweighs any misplaced sympathy.

Still, Motherwell are now freed of the need to cast a watchful eye over the shoulder and the claret and amber faithful will hope an improvement follows.  Nevertheless few 'Well fans will take advantage of the 9/1 odds available for a home win.  They will be delighted to take another sneaky point, 1-1.

Remember the last visit from Rangers?