Next up - a trip to Airdrie

Motherwell have a rare encounter with Airdrieonians on Wednesday.  The teams last met in January 2007.

On that occasion the setting was the 3rd round of the Scottish Cup and a Richie Foran header at New Broomfield delivered a narrow ‘Well win.

This time the competition is for the League Cup and a win against the northern neighbours will almost guarantee progression from Group F. 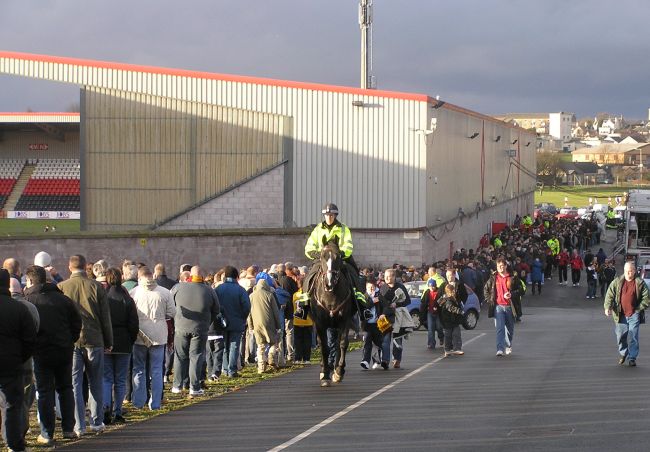 Airdrie drew their earlier Premier Sports Cup matches with Queen’s Park and Annan Athletic winning the first penalty shootout and losing the second to give them three points in the table.

Their only goal in the competition was a Matthew McDonald equaliser in added time against Annan at the weekend.

Both sides will have the benefit of real rather than virtual fans in the stadium and that should produce a bonus backing sound for the players.

Motherwell will make the short journey boosted by the excellent second half recovery that saw them overtake a two goal deficit in the first period against Queen of the South.  Goals from Tony Watt, Ricki Lamie and Kaiyne Woolery made the headlines but there were signs from all positions that the team’s pre-season efforts are beginning to gel.

We can expect stubborn resistance but anything but an away win would be a shock: 3-0 to Motherwell.

Remember the last time we were in Airdrie?