Next up - a trip to Rugby Park

Motherwell travel to Kilmarnock on Saturday for the last fixture before the league split.  A repeat of last month’s result will do nicely.

In February Alan Campbell scored the only goal of the game as Motherwell took the points at Rugby Park in Tommy Wright’s debut in the home dugout.  Motherwell now have a ten point lead over Kilmarnock.

Killie fans had hoped that the arrival of a new manager would turn the tide of poor results that resulted in the departure of Alex Dyer.  The brutal reality is that they have taken only one point from the five attempts under the new boss and they sit at the bottom of the table. 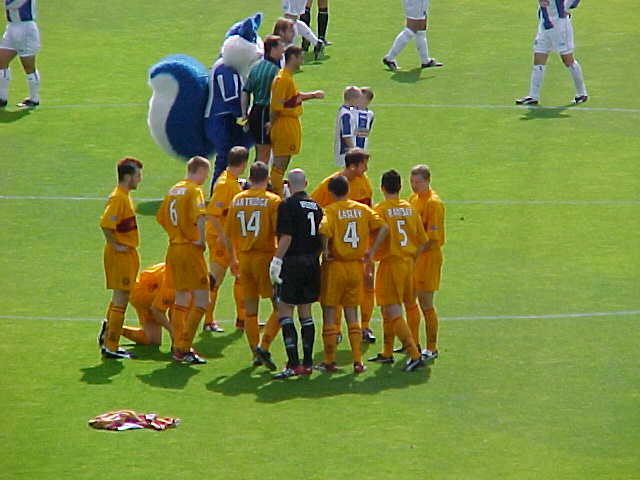 Their latest defeat came in Dingwall as they conceded three.  A red card for Ross Millen and an injury to Greg Kiltie will keep them out on Saturday.  One bright note was that Kyle Lafferty scored twice in his third game.

Motherwell, boosted by wins over Hibs and Livingston, will be looking for a first run of three consecutive victories this season.  The recent injury crisis seems to be easing and the inclusion of Declan Gallagher and Stephen O’Donnell in the national squad will have added to the spirit of optimism around Fir Park.

Graham Alexander has fielded the same starting eleven in the last three games but his options have increased and he may be tempted to tinker.  The forward trio of Tony Watt, Devante Cole and Jordan Roberts are likely to get another vote of confidence despite Chris Long finding the net against Livingston.

This is a big game for Motherwell and a huge test for Kilmarnock.  Teams at the bottom rarely get the run of the ball and (with any luck) that will continue as the points come back up the M77 after a 2-0 win.