The return to league action has Motherwell on the road to Aberdeen on Wednesday evening for a third v fourth clash.  Can Stephen Robinson’s men come out on top?

Both teams passed their cup tests against lower league opposition at the weekend.  Motherwell had the more convincing performance with a 3-0 win at Dens Park while Aberdeen were unimpressive as they dismissed Dumbarton by the narrowest of margins at Pittodrie. 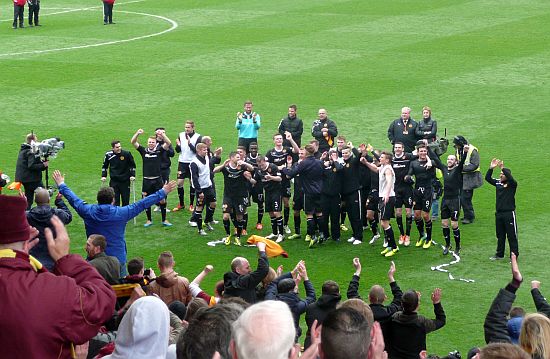 It has been a couple of seasons since Motherwell took the honours in the Granite City.  A Louis Moult double in 2017 delivered the last triumph for the Mighty ‘Well.  We lost on both visits last season and Derek McInnes got the better of us at Fir Park in October.

Sam Cosgrove offers the main goal threat for the Dons.  His tally far exceeds any of his team-mates and our defence will have to be on his toes if we are to return home with anything from this game.  Still, he needed a late penalty to score against his League One cup opponents.

Motherwell got the deserved win over Dundee but the 3-0 score masked the spirited fight by Dundee in the second half.  Our defence held out and we were fortunate not to concede. But for a bit a good fortune that completed Chris Long’s hat-trick with fifteen minutes remaining there might have been a tense finish.

Liam Donnelly, Liam Grimshaw and Bevis Mugabi will be hoping that he manager elects to make a few changes from the Dens Park stating eleven.  There must be question marks over the fitness of Liam Polworth and Jermaine Hylton as they had to be withdrawn on Wednesday.  Chris Long will be full of confidence following his three goals in the cup tie.

There is every prospect of a tight encounter at Pittodrie but home advantage may tip the balance.  We may have to drop a place in the table following a 2-1 loss.

Remember our last trip to Aberdeen?